How will the Premier League’s representatives fare in the Champions League? 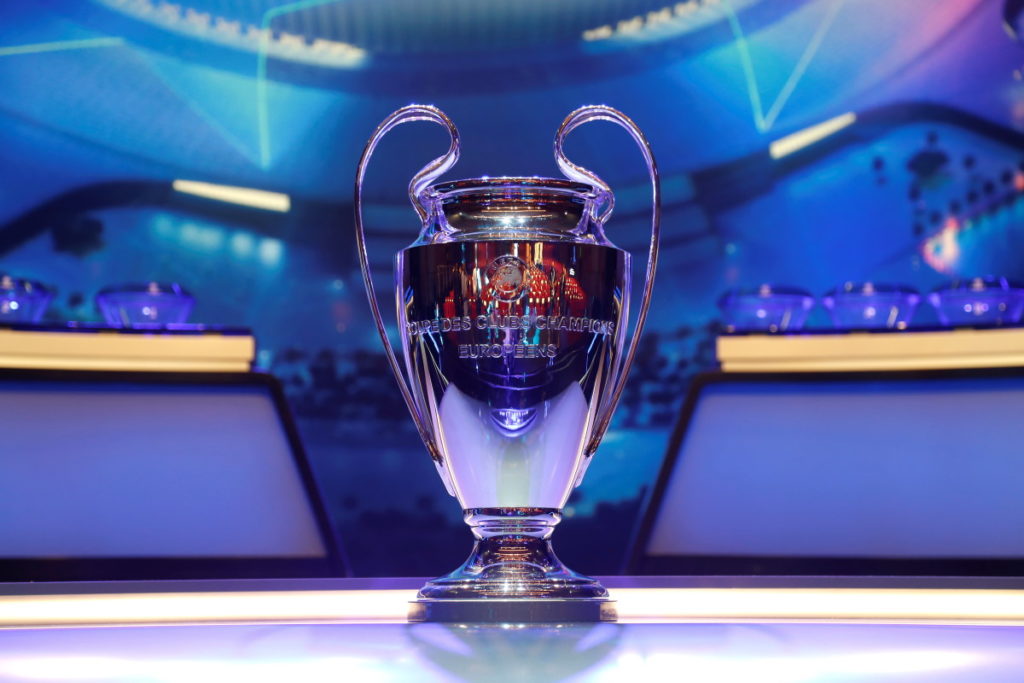 Last season all four Premier League teams involved reached the quarter-finals of the Champions League and we assess the chances of a repeat this term.

Manchester City and Chelsea have been handed the toughest tests this time around against serial winners Real Madrid and Bayern Munich respectively, while Liverpool have a tough draw against Atletico Madrid and Spurs take on RB Leipzig.

The Reds are the defending champions but in the group stages of the Champions League, it seemed pretty clear manager Jurgen Klopp was prioritising the Premier League, at least to this writer.

Since the group stages ended Liverpool have opened up a whopping 25 point lead over closest rivals Manchester City in England’s top flight and now a European defence will be right back up there with their top priorities.

However, Atleti will be no pushovers. They may be off the pace in the La Liga title race and in the middle of a poor run, having lost four and won just one of their last seven games, but they have been strong at home with just one defeat all year – and that came at the hands of Barcelona.

The first leg takes place in Madrid on Tuesday and if Liverpool can come away with a draw or even an away goal in a one-goal defeat you’d have to fancy them to get the result they need at Anfield in the return fixture.

Some suggested Spurs had been handed a favourable draw when they were paired with Bundesliga outfit RB Leipzig but in truth, this could be a highly competitive tie.

Manager Julian Nagelsmann has turned Leipzig into legitimate title contenders in Germany’s top flight and in Timo Werner and Emil Forsberg, among others, they have real quality within their squad.

At full strength you would expect the north Londoners to come through this test but with Harry Kane and now Son Heung-min missing it is hard to see where Spurs’ goals will come from.

Tottenham boss Jose Mourinho is a vastly experienced coach in Europe’s top competition and does tend to do better when he is with an underdog, having won the tournament with Porto and Inter Milan but failed to do so with Real Madrid, Chelsea and Manchester United – although he did win the Europa League with the latter.

This is a hard one to call, but Spurs’ experience and desire after falling in the final last year may just see them over the line.

Chelsea boss Frank Lampard enjoyed a fantastic start to his tenure during the first half of the season but the Stamford Bridge outfit have hit a rough patch at the worst possible moment in terms of their European hopes.

The Blues have just one win in five across all competitions and that was a narrow 2-1 success at Championship outfit Hull City in the FA Cup.

A two-legged tie against German heavyweights Bayern Munich could well be a step too far for Lampard’s relatively young Chelsea outfit, and we’re backing the Bundesliga champions to come through in this match-up.

Manchester City against Real Madrid is undoubtedly the standout tie in the last 16 as far as any neutrals are concerned, and the Premier League champions’ two-year European ban only adds to the intrigue.

City boss Pep Guardiola will be desperate to get his hands on Europe’s top prize this term as the Etihad Stadium club prepare for the prospect of two seasons without European football. With the Premier League out of reach, a win in the Champions League will define whether or not this season will go down as a success or a huge failure and the pressure is really on City here.

Of course, Real are under huge pressure too but the fact they are involved in such an intense La Liga title fight with Barcelona could be a distraction. Barca have dominated domestically in recent years but it is advantage Real right now as they hold a one-point lead over the Catalan giants.

This one really could go either way, but City may just edge it.