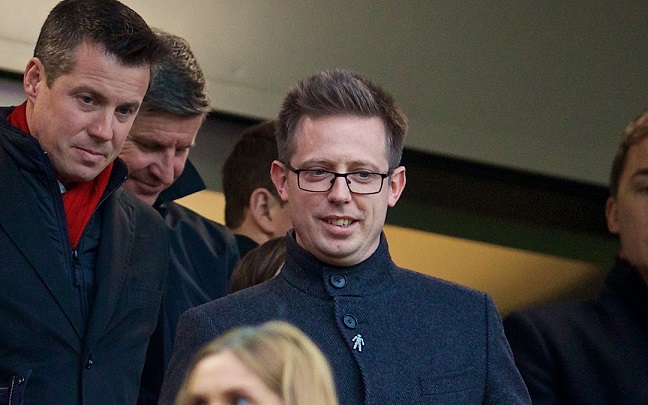 Michael Edwards won’t collect a winner’s medal when Liverpool claim the title, but he’s been as crucial as anyone to their success.

Football has come a long way since the days of a club being made up of a chairman, a manager, and a squad of players.

Now, there are several intermediary tiers of bureaucracy to cope with the demands of running a modern-day operation.

One of the most important yet maligned roles at a club is that of a technical director/sporting director – they are essentially the glue between the manager and the owners.

Given how much football has changed, it tends to be they who identify players with the manager, then broker deals to sign them.

It is a hugely pressurised role, but it is one that Edwards, since being appointed on November 4 2016, has utterly thrived and excelled at.

With scapegoats becoming increasingly commonplace in football, those “middle men” are usually the targets of ire from fans.

However, Edwards, who is relatively unknown in the football world, doesn’t attract any of that negative attention. Predominantly because he has been excellent at his job.

The players he has signed for Liverpool have been nothing short of outstanding as they home in on a maiden Premier League title.

He helped bring in Mo Salah from Roma which turned out to be one of the bargains of the century at approximately £37million. He also acquired Virgil van Dijk who has gone on to be the world’s best central defender. And, he has managed to balance the books with some smart player sales, such as Philippe Coutinho to Barcelona.

Contrast that with Manchester United, and the role the much more widely publicised Ed Woodward has played in their downfall.

The technical director position is meant to be about strategy and about spotting players who can potentially improve your side for a reasonable fee. It is about maintaining a squad to a point where panic buying does not need to be an option.

Woodward’s approach to transfers has been scattergun and yielded some terrible results.

Radamel Falcao, Angel Di Maria, Bastian Schweinsteiger, Morgan Schneiderlin, Alexis Sanchez, Juan Mata, Victor Valdes, Daley Blind, and Marcos Rojo have all arrived under the 48-year-old. Most have left, and not one of them improved the Red Devils.

Even the deal to bring in Harry Maguire for £80million reeked of panic. Yes, Liverpool paid £75million for Van Dijk, but they brought him into a stable environment, which Edwards helped create. The Dutchman would be nowhere the defensive titan he is now if he’d have moved to United under the current regime.

It’s not just they who have got things wrong strategically – Chelsea now have a £73million goalkeeper warming the bench, while Arsenal have repeatedly failed to rectify their defensive issues in the transfer market.

Even when Liverpool have made mistakes themselves, they have managed to get players off their books rather than let them linger around.

Dominic Solanke was a rare misstep from Edwards after joining from Chelsea in May 2017. He played 27 times in the 18 months, scoring one goal.

Yet Edwards managed to negotiate a deal with Bournemouth and sell him for £19million. Quite a remarkable achievement when you consider the Cherries’ last big signing from Liverpool was Jordon Ibe for £15million.

Being a football manager is a far different role to what it used to be – with so much time needing to be dedicated to media, trivia, and corporate events, managers need as much help as they can get with other facets of the job.

In that regard, having a technical director with a coherent transfer plan is worth its weight in gold. And, Anfield fans should be eternally grateful to theirs.