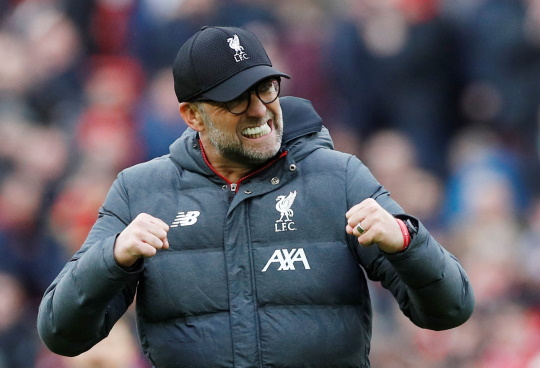 Liverpool have been boosted by the news Jordan Henderson is set to make a return to training ahead of the clash with Atletico Madrid.

The Reds returned to winning ways as they came from behind to beat Bournemouth 2-1 on Saturday, and manager Jurgen Klopp revealed more good news after the game.

The victory, which took Liverpool 25 points clear of second-placed Manchester City, who face a Manchester derby at Old Trafford on Sunday, was the perfect morale boost ahead of Wednesday’s crucial Champions League last-16 second leg clash at home to Atletico Madrid.

Liverpool have to overcome a 1-0 deficit in that match, after three defeats in four matches, with Champions League betting guides predicting Liverpool  to claw it back.

Klopp revealed the news that all Reds fans wanted to hear as captain Henderson is set to return to training after a hamstring injury while Andy Robertson will come back into the side after being rested against the Cherries.

“It should be possible. Robbo shouldn’t be a problem. Hendo was out I don’t know exactly how long but I think he will train tomorrow. That looks good,” Klopp said.

Meanwhile, the Reds chief praised his players’ reaction and regretted his own on the touchline after they came from behind to win.

Goals from Mohamed Salah and Sadio Mane turned things around after Callum Wilson’s controversial opener for the visitors as the runaway leaders set a new record of 22 successive top-flight home wins.

Wilson’s goal came after he appeared to push Joe Gomez off the ball in the build-up and such was Klopp’s frustration a foul was not given he celebrated wildly at assistant referee Dan Cook when Salah’s equaliser went in – actions he immediately regretted afterwards.

“I was in good spirits, let me say it like this,” he added. “Yes, that happened. Would I do it now? No, but in the moment I just don’t understand how it could be a goal.”