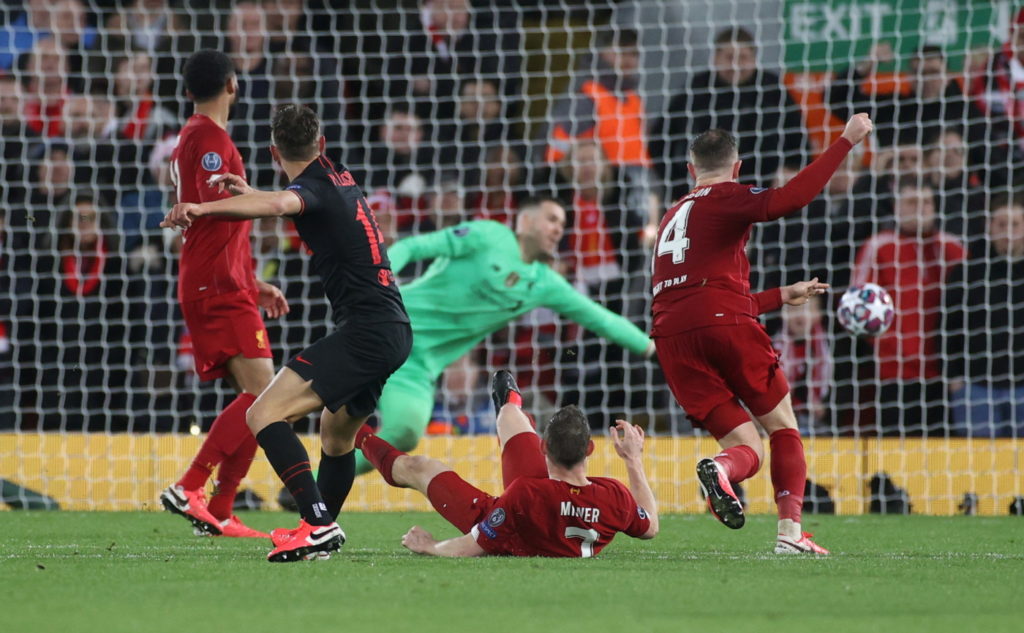 It is only a matter of time before Liverpool inevitably clinch a first Premier League title and it feels like their season may already be over.

Liverpool are 25 points clear of nearest rivals Manchester City at the top of the league standings and they only have to win a maximum of two of their final nine games to be crowned top-flight champions for the first time since 1990.

It certainly feels like a case of when, not if, Jurgen Klopp’s side will be celebrating domestic glory, but Wednesday’s defeat to Atletico Madrid in the last 16 of the Champions League means they are now out of all other competitions.

Jürgen Klopp insisted #LFC will ‘come again’ in the @ChampionsLeague after their defence of the title was ended. https://t.co/oBxLgukjK9

The Reds lost at Chelsea in the FA Cup fifth round earlier this month, while a depleted team were seen off in the Carabao Cup by Aston Villa before Christmas, at a time when a more full-strength side was celebrating Club World Cup glory in Qatar.

What that effectively means is that Liverpool now have nine games left to play this season, all in the Premier League and there is no real jeopardy resting on any of them.

A few weeks ago Liverpool were still looking to match Arsenal’s ‘Invincibles’ team that went through the entire 2003-04 top-flight season unbeaten, but that hope disappeared following their recent 3-0 defeat at Watford.

Even Liverpool’s long unbeaten home record, which stretched back to September 2018, is now over after they went down 3-2 to Atletico at Anfield on Wednesday.

The Reds do still have a long unbeaten Premier League home record to defend – they have not lost in that competition at Anfield since Crystal Palace claimed a 2-1 success there in April 2017.

The prospect of setting a new top-flight record for points gained in a single season also remains a distinct possibility for Klopp’s team, but it is fair to say that these achievements would be nothing more than mere footnotes to their campaign.

The worry is that Liverpool’s season will tail off completely and they end up just limping over the line in the Premier League.

Of course, nothing should be taken away from Liverpool for what they have achieved in the top-flight this season and the club will rightly celebrate their first league title in 30 years, but it is possible their campaign could feel something like a damp squib with nothing meaningful to play for over the final few months.

It will be interesting to see how Klopp’s squad responds over the coming weeks, with Monday’s Merseyside derby against Everton perhaps providing a marker for what we can expect between now and the end of the season.

Local bragging rights should certainly be enough to motivate Liverpool’s players in that match, while games against Manchester City and Chelsea should also whet the appetite.

But will the Reds really be able to lift themselves for other matches against the likes of Burnley, Brighton and Crystal Palace – the reality is only time will tell.