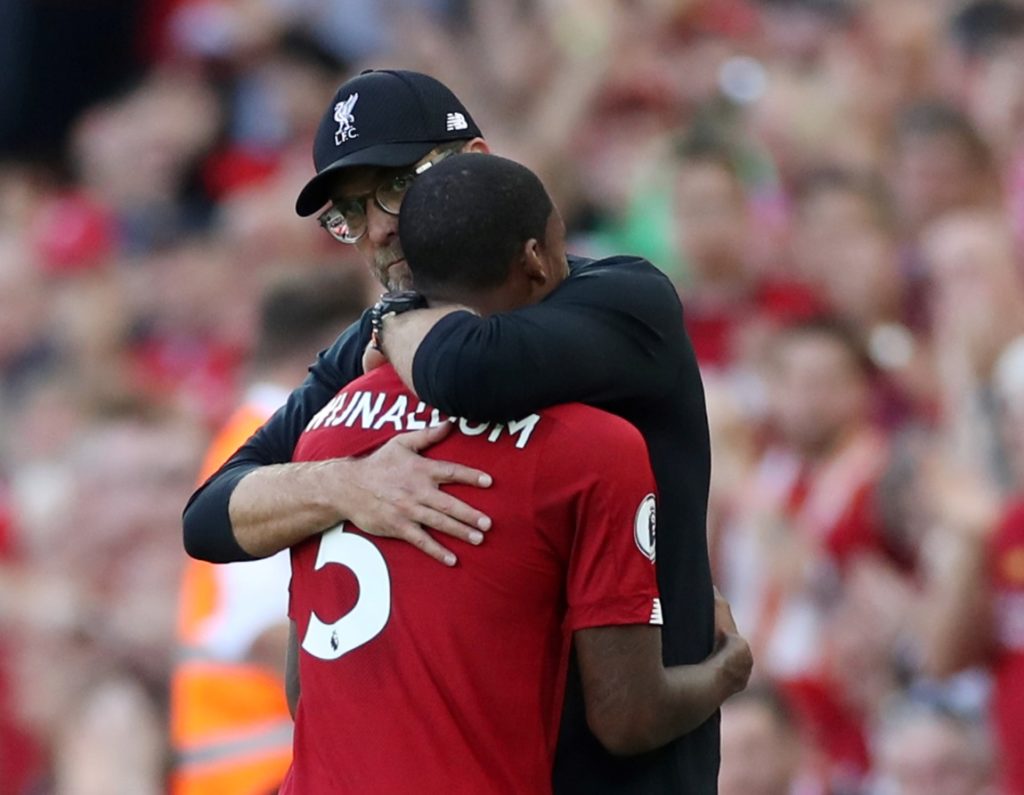 Georginio Wijnaldum says the Liverpool players "adore" manager Jurgen Klopp, who he credits for improving his game considerably since he joined in 2016.

The Dutchman, like everyone else, is having to take an unscheduled break from football at the minute due to the global coronavirus outbreak but, speaking to UEFA, he has opened up on his relationship with Klopp at Anfield and detailed just how good the German coach is.

“The manager has had a big influence on me,” Wijnaldum said. “He has brought the club back to where it used to be and he brought his vision to the club, and I have to say his vision fits the club.

Klopp has been credited with creating a great team spirit at Liverpool and led the Reds to last season’s Champions League title, before also winning the UEFA Super Cup and the World Club Cup in 2019.

His side are also on the verge of winning the title but the rest of the season remains shrouded in uncertainty amid claims the current Premier League campaign will be extended into the autumn after Euro 2020 was confirmed as being postponed.

Meanwhile, Liverpool have announced the planned final Hillsborough Memorial Service, scheduled for April 15 at Anfield, has been postponed due to the coronavirus crisis.

The club had previously announced this year’s service, which would have marked 31 years since the disaster, would be the final one to be held as a public event at the stadium. Liverpool say they will work to rearrange the service at a future date.