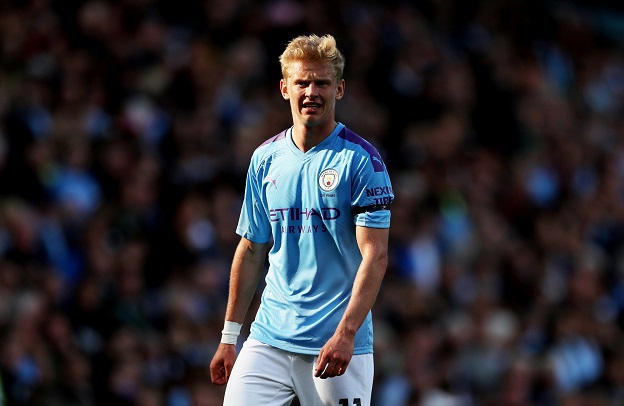 Rodri and Oleksandr Zinchenko have become the latest additions to the Manchester City injury to stretch Pep Guardiola's squad further.

It has been a difficult enough season already for City with several injury worries to contend with. The 3-2 loss to Norwich in September seems to have been a catalyst for their problems on the field.

City have not looked like the same omnipotent force this season as they have done in each of Pep Guardiola’s last two campaigns in charge.

Another shock loss, this time a 2-0 beating at home to Wolves followed in early October, which left them eight points adrift of Liverpool at the summit of the Premier League table.

The Reds dropped points against Manchester United last weekend which lessened the gap to six but even at this stage Guardiola faces a tough task trying to claw back the gap.

What is the reason for City’s slight decline this season? Injuries perhaps account for most of it – they have had rotten luck so far in regards to players being out.

Vincent Kompany leaving the club in the summer without being replaced might have raised one or two eyebrows, but Guardiola said he had Aymeric Laporte, John Stones, and Nicolas Otamendi in his ranks to cover – as well as a clutch of youngsters to count upon this season.

However, Laporte injured his knee against Brighton in August and will be out for the bulk of the season. That was a huge blow – he is simply their best centre-half and it has shown in recent performances.

Stones is becoming increasingly a bit-part player because of his injury issues and Otamendi has too many mistakes in his locker.

City have been forced to use Fernandinho and Rodri, their club-record signing from Atletico Madrid for £62million this summer, in defence such are the lack of options.

Now, even their ‘not-a-centre-back centre-back cover’ is out of action for the foreseeable future after limping out of their midweek Champions League thumping of Atalanta.

If that wasn’t enough, then the news today that Zinchenko has undergone knee surgery and will be out for six weeks will have gone down like a lead balloon.

It means Guardiola is relying on the unreliable Benjamin Mendy, the error-prone Otamendi, the partially fit Stones, and the rusty Angelino at left-back and centre-back.

The question must be asked – was Guardiola complacent in the summer?

It is a freak occurrence for all these injuries to come at once, but should he not have bolstered his backline anyway?

One injury to Laporte and no Kompany would always lead to weaknesses – Stones is a fine player but is picking up too many injuries – while Otamendi, despite possessing plenty of experience, has a rashness associated with players learning their trade.

When the title race was in full flow at the end of last season, many favoured City over Liverpool and one reason was repeatedly pointed out – they had a deeper, higher quality squad.

Whereas this season, the tides appear to have turned. Liverpool have Joe Gomez and Dejan Lovren as cover for Virgil van Dijk and Joel Matip.

City currently have no-one to fill the void, and Guardiola is running out of defensive alternatives.

Injuries are always a part of football, and when many strike at once, it is hard to legislate for.

But there is a sense that the Spaniard missed an opportunity to strengthen in the summer, and that could hand Liverpool the title on a plate.