Memorable occasions when outfield players have gone in goal 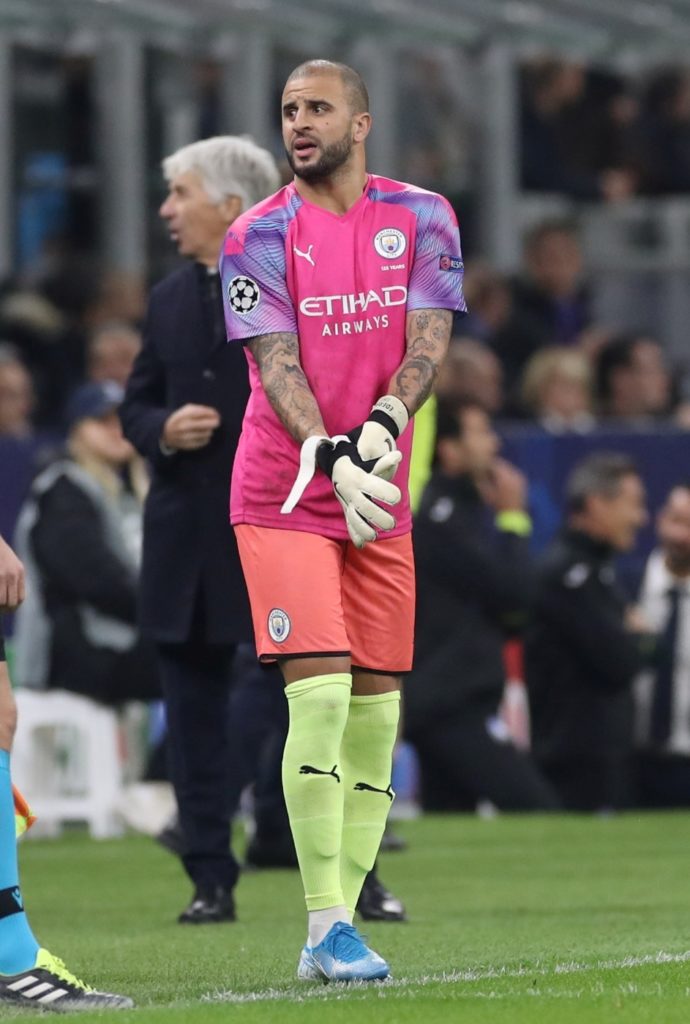 It is always an enjoyable sight for neutrals to see an outfield player go in goal, with Kyle Walker becoming the latest to don the gloves for Manchester City.

England international Walker was forced to play the final 10 minutes of City’s Champions League clash with Atalanta on Wednesday between the sticks after regular first-choice Ederson was forced off injured and his replacement Claudio Bravo was shown a straight red card.

The score was 1-1 when Walker, wearing Bravo’s number one shirt, took his place in goal, but he managed to keep a clean sheet during the remaining minutes, with City doing a good job of protecting the full-back, who did make one save to stop a free-kick from Ruslan Malinovskyi.

Walker’s stint in goal brings back memories of other outfield players being forced to don the gloves and we’ve had a look at some of the more memorable incidents over recent years.

Then Blades boss Neil Warnock never liked to have a back-up goalkeeper on his bench during his time at Bramall Lane, with future England international Phil Jagielka having to fill the void on a number of occasions.

The most notable incident came during the Blades’ 1-0 victory over Arsenal in the Premier League back in 2006, with the defender stepping up to the plate after regular goalkeeper Paddy Kenny picked up an injury.

Jagielka played over 30 minutes in goal and remarkably kept a clean-sheet to help United to a memorable win.

It’s not often that a player scores a hat-trick and then goes in goal, but that’s exactly what happened to Harry Kane during Spurs’ Europa League clash with Greek side Asteras.

Mauricio Pochettino’s side led 5-0 heading into the closing stages of the match at White Hart Lane, with Kane having grabbed three, and when Hugo Lloris was sent-off after 87 minutes it was the forward that volunteered to go in goal.

Spurs had used all three of their substitutes by this point and, despite his enthusiasm, it did not appear Kane’s goalkeeping skills were up to scratch, as his first act was to fumble a free-kick into the back of the net.

Former Republic of Ireland international O’Shea was seen as jack of all trade during his time at United, no more so than during United’s 4-0 victory at White Hart Lane back in 2007.

The Red Devils lost goalkeeper Edwin van der Sar to a broken nose late in the piece and, with all three of their substitutes having been used, it was down to O’Shea to step into the void.

Rio Ferdinand had wanted to take over the gloves, but he was overruled by Sir Alex Ferguson, with the England international then playing a poor back pass to his stand-in goalkeeper, which was intercepted by Spurs forward Robbie Keane, although O’Shea was able to save his team-mates blushes by making a save.

Ferdinand finally got his chance between the sticks during United’s FA Cup quarter-final cash with Portsmouth the following year after van der Sar was again forced off injured and his replacement, Tomasz Kuszczak, was sent-off with 12 minutes remaining.

With no O’Shea on the pitch that day Ferdinand was able to take his place in goal without any complaints, although his first act was to face a penalty that Sulley Muntari duly tucked away.

That proved to be the only goal of the contest in a season that saw Portsmouth go on to win the FA Cup, although United went on to be crowned champions of Europe that term.