Is Guardiola right to be weighing up City future? 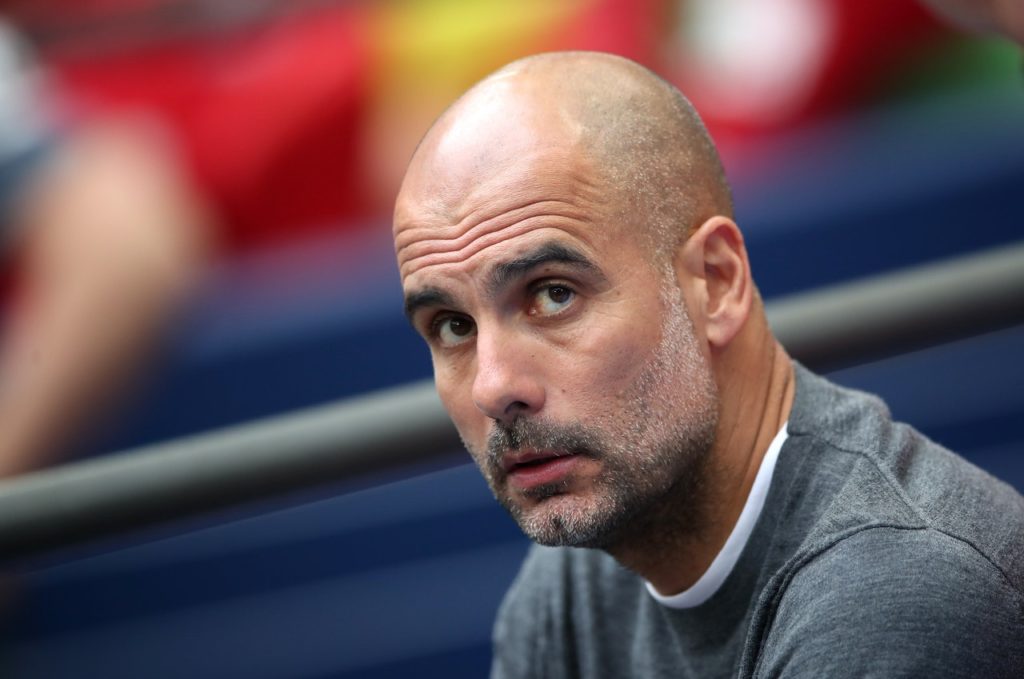 Pep Guardiola has taken Manchester City to new heights but worryingly rumours regarding a departure at the end of the season refuse to go away.

The Spaniard is into his fourth season at the Etihad Stadium and will equal the longest reign of his managerial career if he stays on until the end of his campaign.

Guardiola looked unwell come the end of his four-year tenure at Barcelona and had to walk away for the good of his health, taking a sabbatical before his appointment as Bayern Munich head coach in 2013.

His final season at Barca saw the Spanish champion miss out on the La Liga title for the first time during his tenure, while they were dumped out of the Champions League by Chelsea at the semi-final stage.

Guardiola had lost his edge in that last season at the Nou Camp and could be about to suffer a similar fate at Manchester City.

The Citizens became the first club to complete an English domestic treble last season, with Guardiola guiding them to back-to-back top-flight titles for the first time in their history, but they are on course for a dramatic fall from grace this term.

The Etihad outfit can effectively concede the title after last Saturday’s 2-1 loss in the Manchester derby saw them slip 14 points behind leaders Liverpool.

32 – This is Pep Guardiola’s worst points return after the first 16 matches of a top-flight season in his managerial career (32 pts). Sluggish. pic.twitter.com/Wvd8Uqzlzy

The Reds, having been pipped at the post on the final day of last season, will not be denied this term and City would be best served to concentrate their efforts elsewhere.

The Champions League has to be the main goal for the club now but it isn’t a competition Guardiola has excelled at in recent years, failing to take his current club beyond the quarter-finals.

It is dangerous to write off a Guardiola team but recent performances have suggested they are in need of a major overhaul. It is just two wins in seven in all competitions for City, hardly a crisis, but still not the kind of return we have become used to seeing from the ex-Barcelona midfielder.

Off the field, Guardiola’s wife has gone back to Spain to run her fashion business and has taken one of the couple’s three children with her. The move isn’t permanent and she is excepted to return to Manchester at some point although it all fuels the fear he could be prepared to walk away.

Certainly, City’s hierarchy are desperate not to lose their head coach, opening talks over extending his contract beyond its 2021 cut-off, but they might have a hard time talking the 48-year-old around.

Their is minimal noise coming out of the Etihad Stadium regarding a departure for Guardiola but it is understood the club have started putting contingency plans in place – just in case.

While City’s season is not going to plan, the club have the facilities to make the necessary improvements to challenge for honours again next season.

Guardiola might welcome a new challenge elsewhere but would be reluctant to leave City before claiming Champions League glory, having cited regrets for doing the same at Bayern Munich.

Guardiola might stick with City for another year but the clock now appears to be ticking on, arguably, the world’s greatest coach in Manchester.