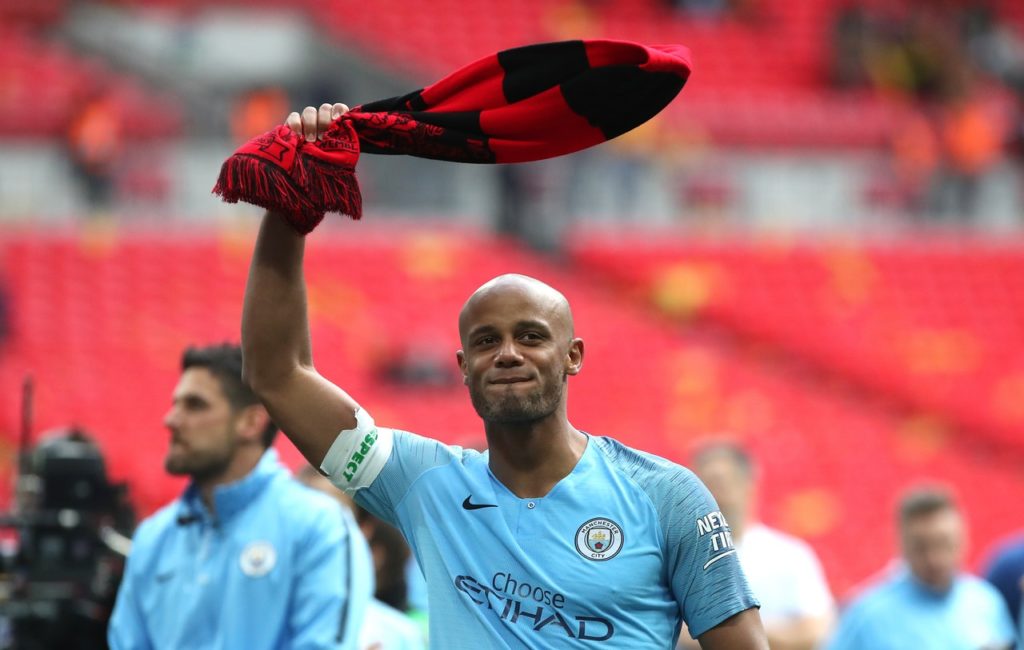 Vincent Kompany could be a shock name in the frame to replace Mikel Arteta as assistant boss at Manchester City.

Arteta is reportedly open to taking over the managerial reins at Arsenal.

Legendary former Manchester City skipper Kompany brought the curtain down this summer on a decade of service at the Etihad, accepting the challenge of becoming player-boss at Anderlecht.

250 – Sergio Agüero is set to make his 250th Premier League appearance for Manchester City, just the fourth player to reach this number for the Citizens after David Silva, Joe Hart and Vincent Kompany. Furniture. #LIVMCI pic.twitter.com/RB5MPXGLAK

However, Kompany has found it tough going and his boyhood club are currently struggling in 11th position in the Belgium Division A League, with just five wins from 18 games.

There are increasing calls for Anderlecht to make a change, despite Kompany having plenty of goodwill after coming through their youth ranks and going on to become Belgium skipper.

Some City sources have hinted the 33-year-old could be the ideal candidate to come in if Arsenal are able to persuade Arteta to quit as Pep Guardiola’s number two.

The Spaniard is keeping his own counsel but the former Gunners’ midfielder is keen to cut his own managerial teeth and has plenty of advocates at the Emirates Stadium.

City and the north Londoners meet this Sunday in the Premier League, and further talks could take place over the weekend.

City would be reluctant to allow Arteta to move on mid-way through the season and Guardiola certainly has a healthy respect for Kompany, who skippered his team last season.

There is also the possible added attraction that Kompany could be tempted to resume his playing career with the Citizens, who currently have a number of problems at the heart of their defence, including the long-term knee injury that has kept Aymeric Laporte on the sidelines.

Kompany knows Guardiola’s playing system from the inside out, and is tipped as a future City manager one day, so he might need little persuading in continuing his footballing education back in his adopted city.

The Belgian signed for the Citizens from Hamburg in 2008 and went on to make a total of 340 appearances, winning 13 trophies.