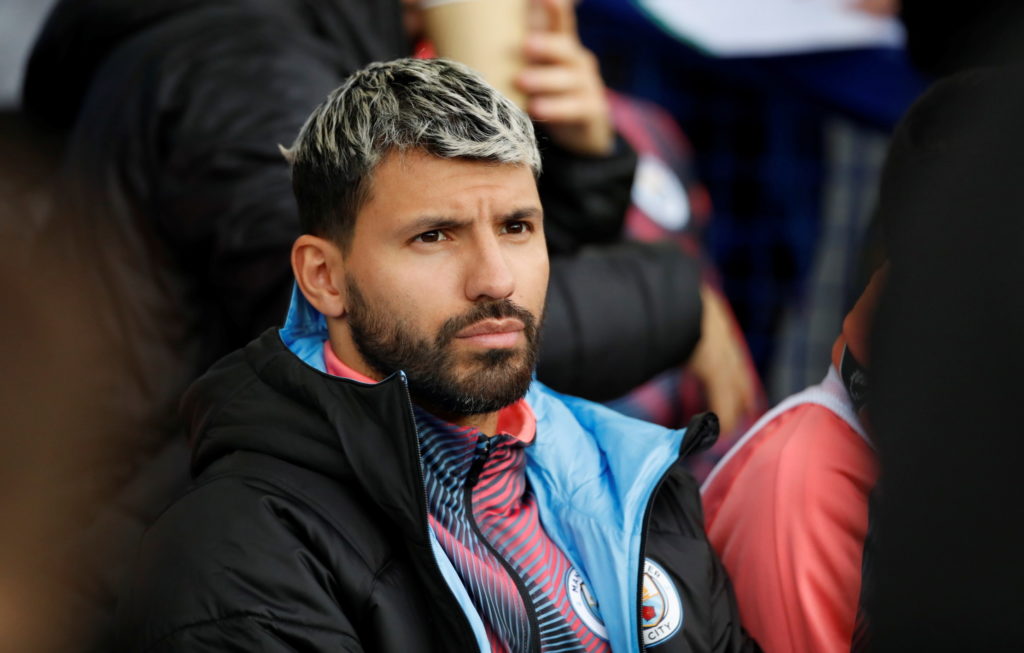 Sergio Aguero will be assessed on Friday morning after returning to training during the last 48 hours following a recent thigh injury.

Aguero, Manchester City’s all-time record goalscorer, suffered a minor strain last month in the 2-1 victory over Chelsea, with no timescale being put on his recovery.

The Argentina striker, however, felt well enough to train for over an hour by himself at the City Football Academy training campus on Wednesday afternoon, with encouraging signs he is again nearing full fitness.

It’s understood the club’s medical staff will increase Aguero’s intensity over the next 24 hours, with boss Pep Guardiola hopeful the player can make his squad for Sunday’s visit to play Arsenal at Emirates Stadium.

The 31-year-old had been in red-hot form this season after bagging 13 goals in just 16 appearances, and was gutted to miss out on last weekend’s disappointing 2-1 home derby defeat to rivals Manchester United.

The Citizens generally tread more carefully with Aguero, who has made a habit of playing through the pain barrier during his decade of service at the Etihad.

Guardiola is conscious that his spluttering side is already shorn of key personnel, with only one fit centre-back at present in Nicolas Otamendi.

England defender John Stones is expected to be out until the new year after he sustained a hamstring injury in the loss to the Red Devils.

City are coming into a busy period of games and the return of Aguero will at least hand his manager a much-needed boost at the attacking end of the field.

The prolific South American knows  Brazil striker Gabriel Jesus is champing at the bit to stay in the team and underline his own scoring credentials against the Gunners, so a place on the substitutes’ bench for Aguero this weekend may yet suit everybody concerned at this stage.