Why Guardiola is right to resist January additions 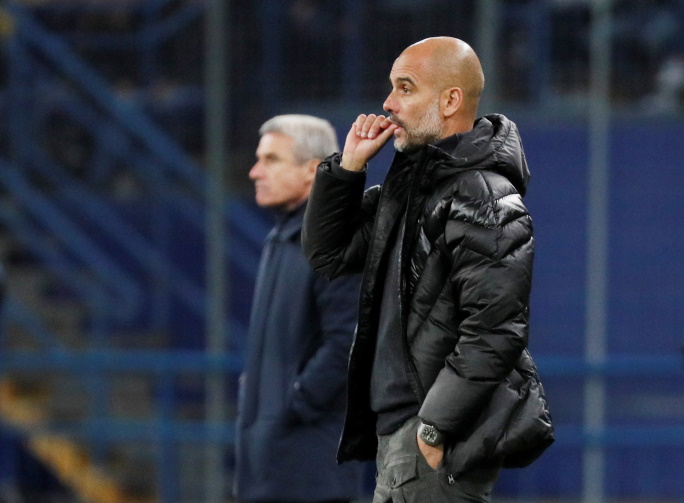 Pep Guardiola has stressed he has no plans to add to his Manchester City squad in January.

“The players we started the season with, we are going to finish with,” the City boss told reporters on Friday. “If something happens, I think it will be in summer time.”

Despite his insistence there won’t be any January arrivals, there are a few reasons why the Catalan coach might be tempted to bring in a few fresh faces. The Premier League champions are way off the pace as they sit 14 points behind league leaders Liverpool and they have some huge injury problems, with Aymeric Laporte and Leroy Sane still facing a while longer yet on the sidelines.

Guardiola took a similar approach last season as the only new additions at the Etihad Stadium in the winter window were academy players, while in the previous campaign Laporte was the only January addition.

There is a feeling this year could have been different given City’s injury issues and their worrying league form. There has been plenty of speculation that a new defender could be on the agenda as midfielder Fernandinho has been filling in at centre-half for some time now and Bournemouth’s Nathan Ake has been suggested as a target, but Guardiola seems happy to go with what he’s got and that is probably the correct call in the long term.

City are approaching a transitional period, if they are not already in the midst of one, as playmaker David Silva will leave at the end of this season and in all likelihood Sergio Aguero will depart the following summer.

Those two stars are among the club’s greatest ever players and losing them will be a huge blow for City even if Phil Foden is waiting in the wings to step into Silva’s place, but the upcoming January window is probably not the time to sign potential replacements for players coming towards the end of their stays with the club unless something drastic happens or a target suddenly becomes available.

City could probably do with a new defender right now, but once Laporte is fit that issue will be less pressing and as it stands the Frenchman is expected to be fit for the final months of the campaign.

There may be a temptation to bring in some new bodies in January, but Guardiola has never been a manager who looks for a quick fix. Bringing in his top targets in the mid-season window could be problematic as clubs are generally reluctant to lose key men halfway through a campaign, and Guardiola is probably right to stick to his guns and hold out until the summer before he looks to tinker with his squad.