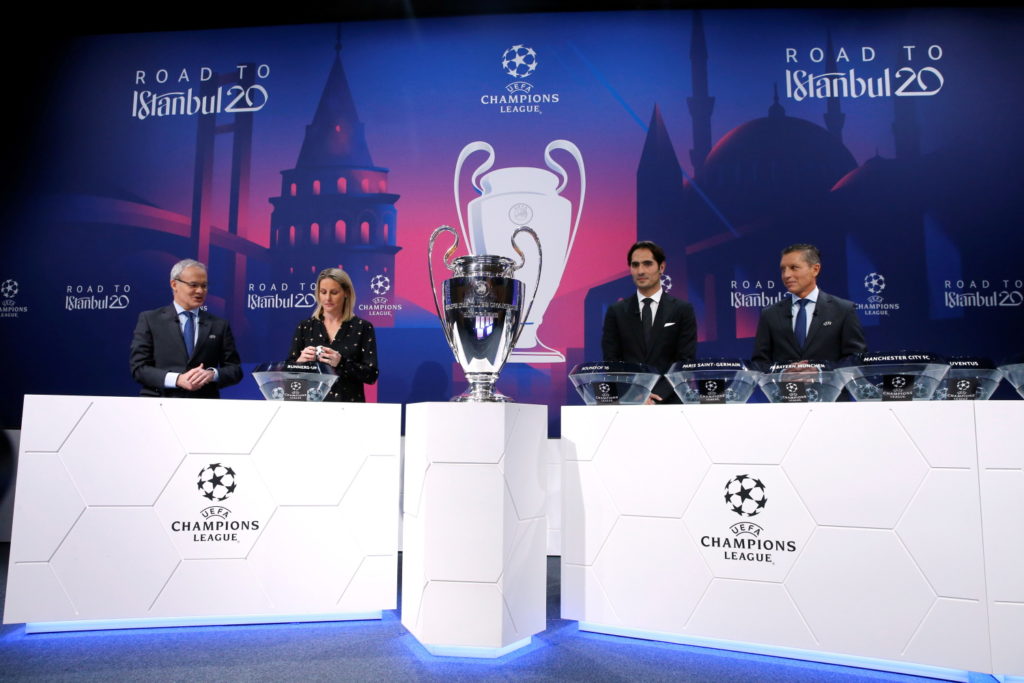 The Champions League last-16 draw has been made and it looks set to be a tough round for English teams.

Liverpool, Manchester City, Tottenham and Chelsea all booked their place in the knockout phase last week, but they will need to be at the top of their game to go any further.

It’s the third successive season that all four English clubs have come through the group stage and signals a continued improvement.

Last season saw two English sides, Liverpool and Tottenham, square off in the final while Manchester City made it to the last eight.

It should be another strong campaign for Premier League contenders and the last-16 offers them a chance to send out a statement.

Defending champions Liverpool meet Atletico Madrid in a competitive meeting for the first time since the 2010 Europa League semi-finals.

Liverpool’s Champions League success last term came at the Wanda Metropolitano, the home of Atleti, and fans will have fond memories when they head back to the Spanish capital.

Jurgen Klopp’s men will be mildly satisfied with their draw due to Atletico’s mixed form in 2019-20.

They had a summer of upheaval with 17 players leaving and the same number arriving, and performances have been seriously impacted.

Of course, it would be wrong for the Reds to look past Los Colchoneros, who can be a match for any side on their day, but it will be regarded as a favourable draw.

Manchester City are the favourites to win the competition with many bookmakers as Pep Guardiola finally looks to deliver the trophy his owners desire so greatly.

Winning the Champions League has been a top priority for the City Football Group and their lack of form domestically this term has put even more importance on performing in Europe.

The Citizens have failed to go past the quarter-finals since 2015-16 and 13-time winners Real Madrid stand in their way this time around.

They made relatively easy work of their group, winning four and drawing twice, despite missing some key players due to injury.

Guardiola should have the likes of Aymeric Laporte and Sergio Aguero back in action by the time they head over to Madrid for the first leg in February.

Tottenham defied the odds by making it to the final last term and, with Jose Mourinho now at the helm, they could find themselves back in the showpiece event, hosted in Istanbul, this season.

Spurs came second in their group, behind Bayern Munich, and face German opposition once again.

Bundesliga leaders RB Leipzig are set to provide a stern test of Tottenham’s credentials, although this will be their first taste of the knockout phase.

Timo Werner has already hit 21 goals across all competitions this season and will be the main threat to Spurs’ progression hopes.

Finally, Chelsea have to contend with a double-header against Bayern Munich after edging through Group H.

Bayern could be dark horses for this season’s Champions League crown despite struggling for form domestically.

The German giants could have a new manager at the helm by the time February’s first leg comes around and showed their credentials when beating Spurs 10-3 on aggregate during the group stage.

It’s yet to be seen just how far Frank Lampard’s youthful-looking squad can go and January business may be key to helping them compete against the Bavarians.