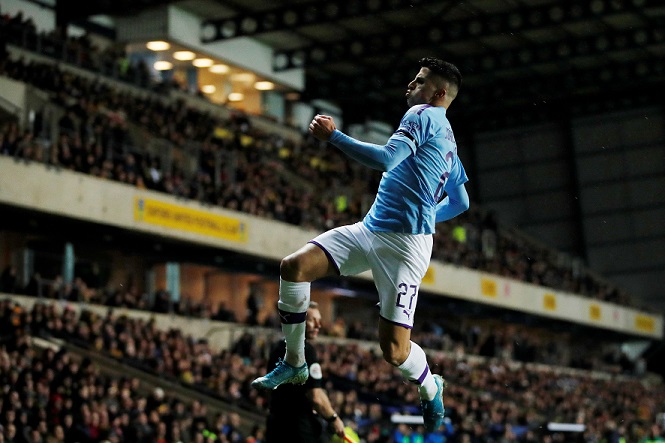 Pep Guardiola will block any attempt should Bayern Munich try to take right-back Joao Cancelo on loan during the January transfer window.

The German giants must be becoming something of an irritant to Manchester City’s bosses, who have previously given short shrift over enquiries for winger Leroy Sane and Brazil striker Gabriel Jesus.

Reports this week in Germany have stated the Bavarians are ‘alerted’ to Cancelo’s lack of game time at the Etihad since making a £60m summer move from Juventus.

And they are seemingly open to taking the Portugal international defender on loan next month, with a view to a permanent deal, but that notion has been completely dismissed out of hand by senior City insiders.

It is certainly true the attack-minded 25-year-old has found it difficult settling into his new life in Manchester, failing to dislodge regular right-back Kyle Walker.

Cancelo has made a total of 15 appearances in all competitions for his new club, with just six of those coming in the Premier League.

22. GOAL! It takes a deflection but we aren't complaining! All about the counter attack leading up to it! 🔥

However, he provided a timely reminder of his talents with the opener in Wednesday night’s 3-1 Carabao Cup victory over Oxford United, which set up a semi-final date next month against fierce rivals Manchester United.

It’s understood Cancelo has been playing catch-up with his fitness and the staff at City are confident the former Inter and Valencia star is now where he needs to be.

Guardiola has maintained a strong dialogue and there is certainly no indication the Citizens are already considering cutting their losses on the player.

City used Brazil defender Danilo as a £34m makeweight to secure Cancelo from Juventus, with most people inside the Etihad convinced they got the better end of the deal.

Despite his man-of-the-match display at the Kassam Stadium, Cancelo is likely to find himself back on the substitutes’ bench for the Saturday tea-time kick-off at home to Leicester City, with Walker returning to the starting line-up against a Foxes team in second spot, one place in the table above the champions.