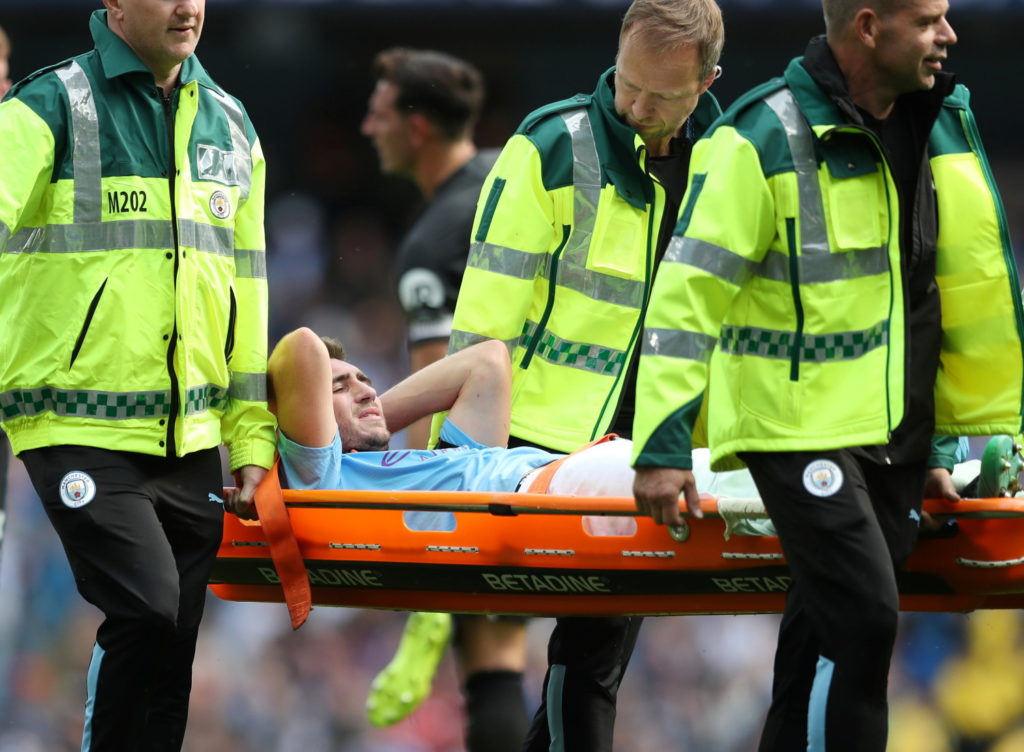 Aymeric Laporte is just “weeks” away from a Manchester City return, Pep Guardiola has revealed.

The City boss also confirmed Leroy Sane is making good progress in his recovery and isn’t too far away from a return to the first team.

Centre-half Laporte injured his ACL against Brighton in the Premier League and has been missing from action since August.

The 25-year-old Frenchman has trained with the rest of the squad this week and Guardiola is hopeful he will be able to call on Laporte again soon.

Sane is understood to be a target for Bayern Munich but a January exit looks unlikely, and Guardiola feels he is also close to a comeback.

“Yesterday he trained with the team for the first time for 10-15 minutes, [and then] today again,” he said.

“The rest he is doing individually and he is getting better, he feels good. I think in the next weeks he will complete all the training sessions for us.”

He added: “The important thing is he didn’t make a step back during this four five months, the same case as Leroy. It’s incredible, we are grateful for the physios and specialists who were with him.”

It looks unlikely that the returns of Laporte and Sane will have a massive impact on City’s hopes of securing a third straight Premier League crown as they sit 14 points adrift of leaders Liverpool in third spot, having played a game more.

The duo will provide a welcome boost in the Champions League though, and they both should be available for City’s next European encounter – the first leg of their last-16 clash against Spanish giants Real Madrid at the end of next month.