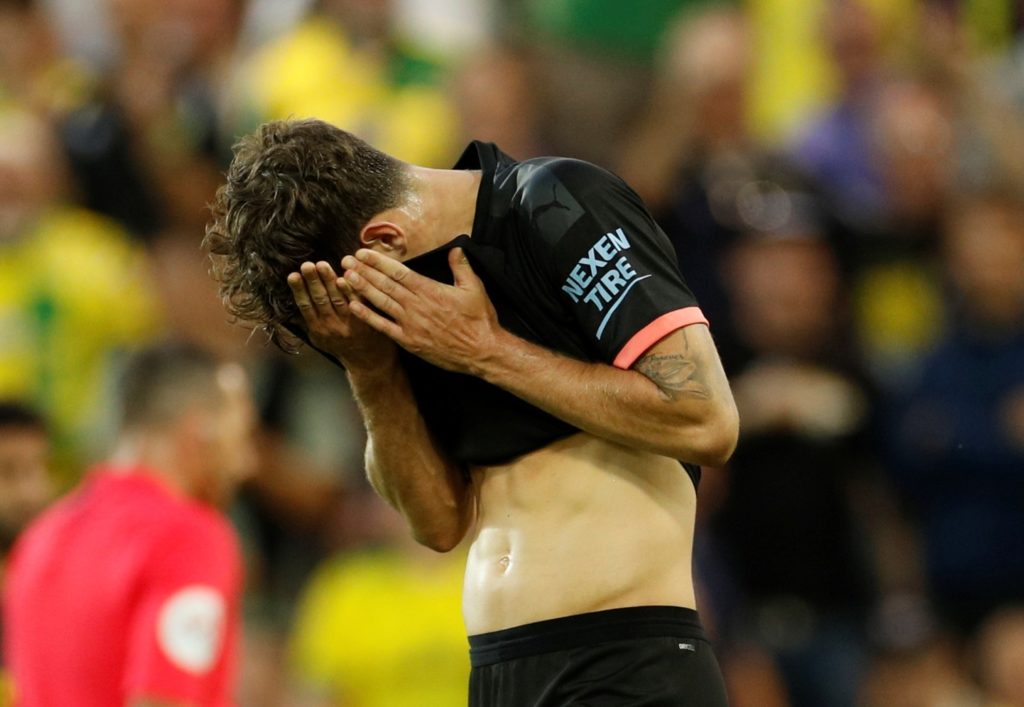 John Stones allegedly fears he could be part of a ruthless squad cull reportedly being planned by boss Pep Guardiola this summer.

Sources close to the England central defender say he is “concerned” bosses at the Etihad have kept him waiting on the offer of a new deal.

Stones, 25, is out of contract in the summer of 2022 and the former Everton man had expected to be offered an extension last summer.

Manchester City insiders, however, have stated the Barnsley-born star is currently under the microscope when it comes to his fitness and overall form, and the Premier League champions are in no rush to nail down his long-term future.

City paid a then world record fee for a defender when they parted with £50m to recruit Stones from the Toffees back in 2016, beating Barcelona and Chelsea to his coveted signature.

Guardiola has at times been forced to publicly back the player following some high-profile errors, but even he is believed to have grown frustrated by Stones’ inability to stay clear of injuries.

It is understood Guardiola and City’s director of football, Txiki Begiristain, have recently discussed possible summer transfer targets, with a ‘top-class’ central defender high up on their list of their priorities.

Despite his homegrown status, Stones is fearful that he could yet be one of the players to make way as the Spanish tactician plots a squad rebuild.

A City insider said: “It’s true John has been quite unlucky with injuries, but his level has dropped. He’s watched quite a few of his team-mates sign new deals during the last year – most with much more left on their contracts.

“He knows City are ready to back Pep again (in the transfer market) and can’t help but feel nervous about his situation. He loves being at City.”