Home Premier League Manchester City At the peak of their powers, City are still the team to beat

At the peak of their powers, City are still the team to beat 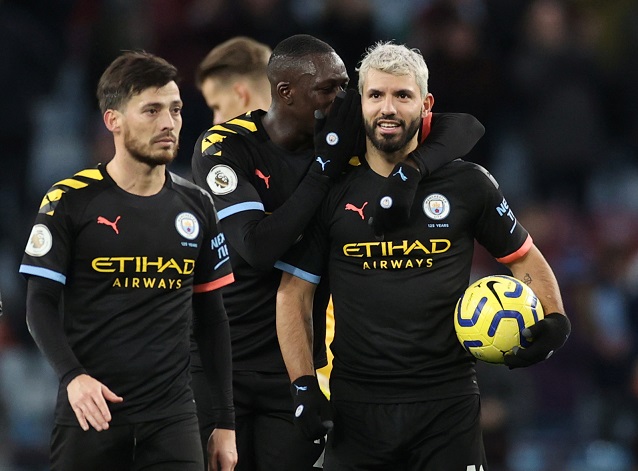 Manchester City’s 6-1 thumping of Aston Villa shone a light on how unique a team they are even if the table suggests otherwise.

It would be unfair to say City deserve to be higher in the standings based on performances this season, because they simply don’t.

A rocky defence and a slightly less fluent attack has contributed to the defending champions being 14 points adrift of Liverpool, who have a game in hand.

The Reds, barring a supremely unlikely disaster of unprecedented levels, are going to win their first Premier League crown, without much of a challenge.

Unlike last year, when City had to essentially win every game in the second half of the season to claim the title on the final day, Liverpool won’t even have to break into a sweat.

Why has this season gone so wrong for City? A few factors can be mentioned. First, history tells us that winning two titles in a row is normal but three is not. Only Manchester United, albeit twice, have achieved that feat in the Premier League era.

The knee injury suffered by Aymeric Laporte in August, comfortably City’s best defender, has hampered them enormously this season, and they do not have the talismanic figure of Vincent Kompany to fall back on following his summer departure to first club Anderlecht.

Left-back is an area where Pep Guardiola still has problems with Benjamin Mendy and Oleksandr Zinchenko regularly being rotated due to fitness issues, and youngster Angelino short of the standard, while Leroy Sane’s absence through injury has deprived them of another attacking option.

Yet despite all their issues this season, some of which have led to crazy proclamations that Pep Guardiola has lost his magic, City are still capable of some breathtaking football.

Sunday’s 6-1 win at Villa showcased why for all Liverpool’s resilience and brilliance this season, they still don’t possess the same wow factor as City when both are in full flow.

Take Kevin de Bruyne for example; the cross for Gabriel Jesus’ first goal to make it 4-0 just before the break was utterly exquisite and it is hard to make a case for any other player in the Premier League having the requisite ability to repeat it.

Incredibly, Sergio Aguero netted his 12th hat-trick for City and in the process became the all-time non-English Premier League goalscorer with 176 after the game at Villa Park.

No one else possesses the same finishing instincts as him at the top level of English football and for how important Roberto Firmino is to Liverpool, he doesn’t have the same awesome aura as Aguero.

Liverpool, if they do as expected, will lift the title come May and no-one can begrudge them that honour – they have been unrelenting all season.

However, particularly from a neutral perspective, this season might be regarded in the “what might have been” bracket.

Sloppy results for City – the 3-2 away loss at Norwich in September a lowlight – and unfortunate injuries mean they are way off the pace in the Premier League title race and it will be a procession until Liverpool’s success is confirmed.

But, at their very best, they remain the best side in England and no other team brings the same joyfulness and exuberance.