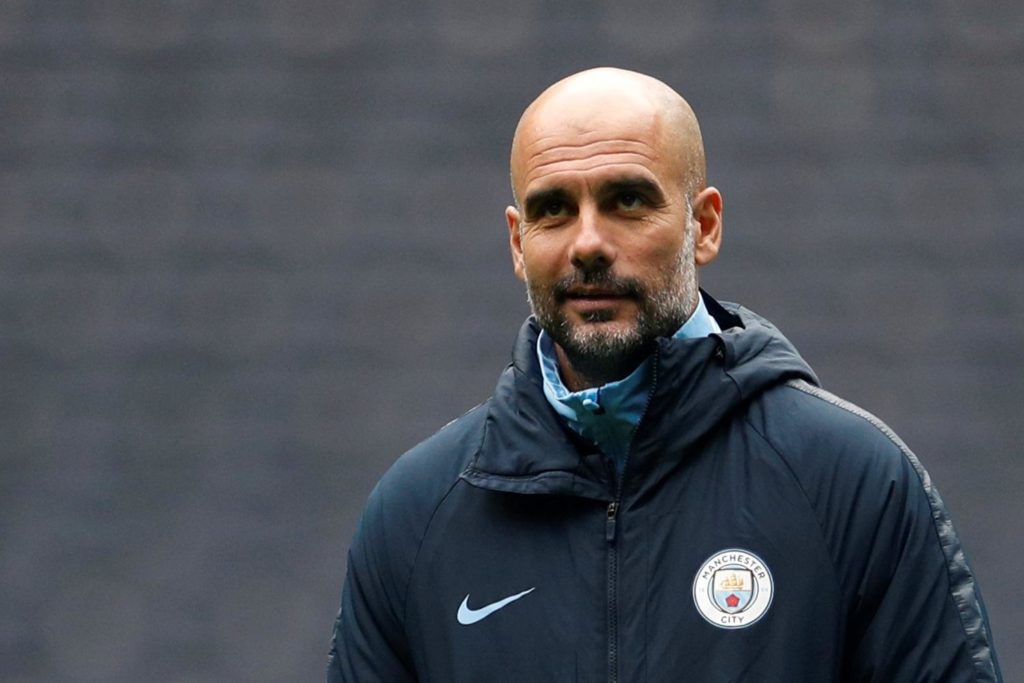 Pep Guardiola says he has no intention of leaving Manchester City at the end of the season.

City have claimed two Premier League titles in a row under the Catalan’s guidance but their domestic dominance seems certain to be ended this season by Liverpool, who go in to the latest round of fixtures with a 14-point lead at the top as well as a game in hand.

It has been suggested Guardiola could exercise a clause in his contract at the end of the campaign that would allow him to move on, either in search of a fresh challenge or to take a sabbatical, but the former Barcelona and Bayern Munich boss intends to see out his deal.

Guardiola is under contract until the end of next season and he says unless City decide to sack him he is “staying, 100%.”

The Man City manager feels his side are back on track after beating Manchester United in the first leg of the EFL Cup semi-finals and then thrashing Aston Villa 6-1 in the Premier League.

“It’s not because we have won the last two games,” he told reporters. “Even if it was going bad, I’m not going anywhere.

“No manager wins all the time. I enjoy working with these players. We’ve lost some games so it is simple, we need to work out what we can do better.”

City entertain Crystal Palace in the Premier League on Saturday and can cut Liverpool’s lead at the top to 11 points for 24 hours at least, as the Reds face Man United on Sunday.

Guardiola has stated he feels the league crown is already out of reach but some of the players, including Sergio Aguero, have refused to give up on a third straight title just yet.