Jesus: ‘He’s not the Messiah. He’s a very inconsistent boy!’ 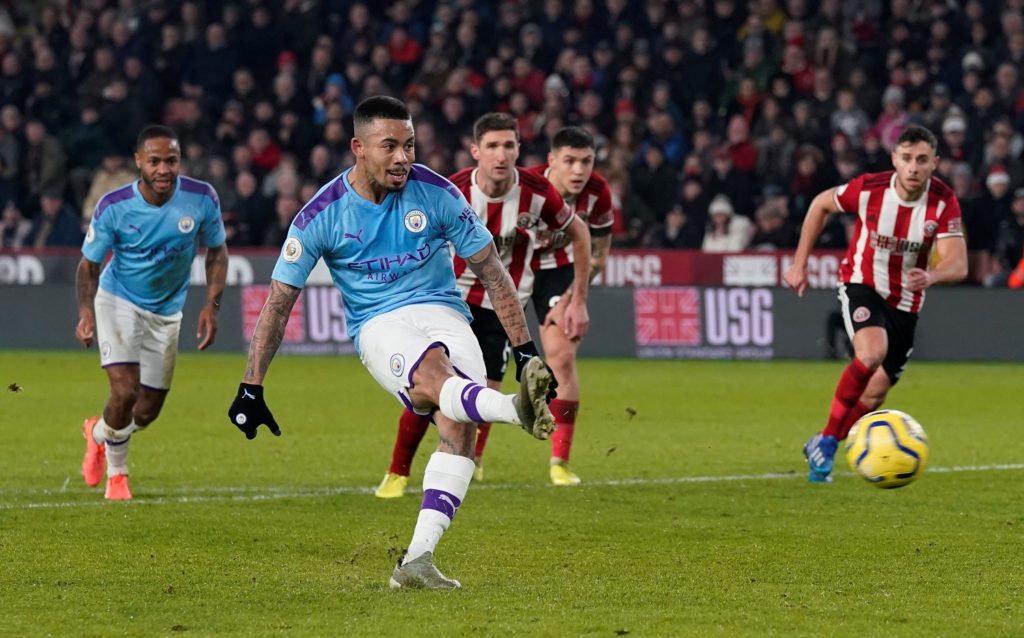 When Gabriel Jesus arrived at Manchester City in January 2017, his initial impact suggested he would live up to his name as a Second Coming.

Jesus has done relatively well but is yet to fulfil his potential and, with Sergio Aguero going great guns, gaining the minutes required to reach his peak may not be possible at the Etihad Stadium.

City signed the striker from Palmeiras in August 2016, splashing out a reported £27m to beat off competition for his signature. His age meant he had to wait until the following January to transfer to England but he wasted little time making an impact.

After his debut as a late substitute in the 2-2 draw against Tottenham, Jesus netted his first goal in a 4-0 win at West Ham before grabbing a match-winning brace in a 2-1 victory against Swansea.

Concluding the campaign by finding the net in the final three games of the 2016-17 Premier League season further boosted his reputation and added to questions regarding Aguero’s future.

However, while the Argentine has gone on to become the Premier League’s record overseas goalscorer, his deputy has failed to have anywhere near the same impact.

While the last two seasons have seen Jesus score 20 and 29 goals respectively for club and country, including a brace in last May’s FA Cup final, his performances have been underwhelming.

To date, he has netted 14 times this term, including a Champions League hat-trick against Dinamo Zagreb, but it is the goals he is not scoring that are causing the most angst.

Penalties have been an issue in recent seasons for City and, while both Aguero and Raheem Sterling have both been guilty of high-profile misses, Jesus’ record from 12 yards is appalling.

Tuesday saw him again fail from the spot, forcing a fine save from Sheffield United’s Dean Henderson in the first half of City’s 1-0 win at Bramall Lane, prompting Pep Guardiola to joke that goalkeeper Ederson will now be given a go.

While some neutrals will question why he wasn’t allowed to re-take his effort, with Henderson clearly off his line, the miss was his third from five Premier League attempts. At the top level, a 40% success rate is not good enough and on the same rung of the ladder as Stewart Downing and El-Hadji Diouf, neither of whom were known for their prowess.

The 22-year-old has also missed in the Champions League against Atalanta, as well as at international level for Brazil.

To make matters worse for him, Aguero replaced him in the second half against the Blades and went on to score the winner in midweek to underline his importance to the team.

As things stand, City sit second in the Premier League, 13 points behind Liverpool. The title is gone, leaving the Champions League as this season’s big goal but, if the Argentine gets injured, is his fellow South American capable of netting the required goals?

Before it was the Aguero who looked set for the chop, with Guardiola uncertain as to whether he had the physicality to fit into his high-pressing formation. Now it is Jesus who might be heading for the door, having been looked at by Inter Milan in recent years.

Of course, it would be wrong to write off the Sao Paolo-born star, who still has his best years ahead of him.

Those around the striker will also be aware that Aguero’s contract expires in 2021 and the then 33-year-old might look to leave in order to finish his career in MLS or at boyhood club Independiente.

Can he wait that long, though? Can City wait that long? Although the club are rarely linked with strikers, this might be the summer they plan for the future – and it might be without Jesus.