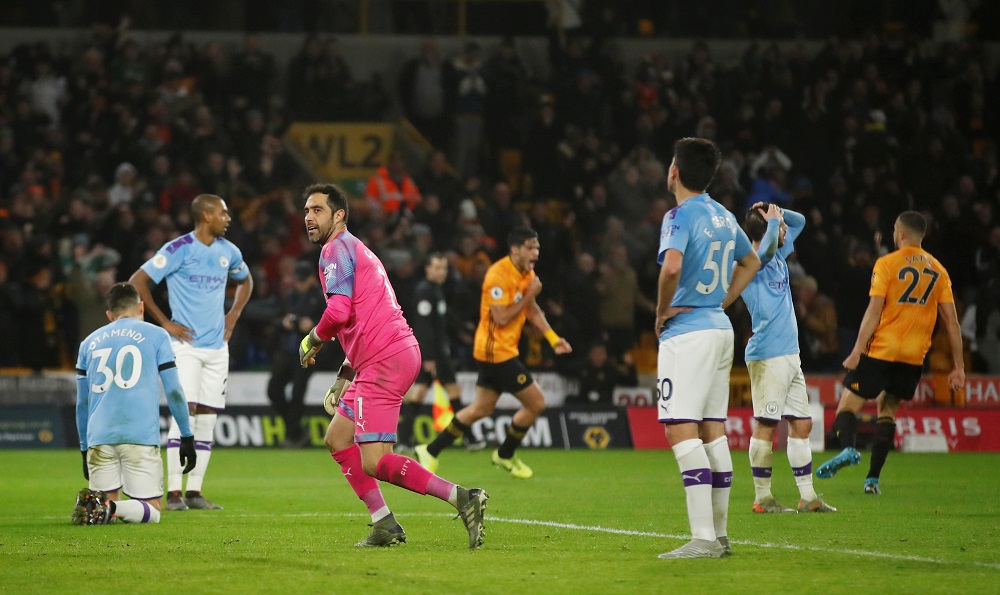 Goalkeeper Claudio Bravo is poised to quit Manchester City this summer and could return to Spain, according to club insiders.

The Etihad understudy is out of contract at the end of the campaign and was hopeful the Citizens would offer him another 12 months, having signed from Barcelona for £14m back in 2016.

However, manager Pep Guardiola is planning to recall American international shot stopper Zack Steffen, who has earned rave notices this season while out on loan at German side Fortuna Dusseldorf.

The former Columbus Crew man will become the new back up to first-choice keeper Ederson, forcing Bravo to now look elsewhere to prolong his career.

The 36-year-old is believed to have offers from two teams in La Liga and is currently discussing the options with his family.

There is also a possibility he could return to his native South America, with the veteran not ready to give up his mantle as Chile’s undisputed number one.

Bravo is expected to start on Wednesday at home to rivals Manchester United in the Carabao Cup semi-final second leg, as Guardiola’s designated goalkeeper in the domestic cup competitions.

City do appear to have one foot in the final following their dominant 3-1 victory over Ole Gunnar Solskjaer’s team at Old Trafford a fortnight ago.

It will still be interesting to see if Bravo does retain his place, with Guardiola desperate to collect more silverware, coupled with some of the high-profile errors his former Nou Camp charge is known for.

Bravo earns around £120,000-per-week at City but knows he will have to accept a substantial wage reduction if he wishes to continue playing at the top level.