The curious case of Phil Foden 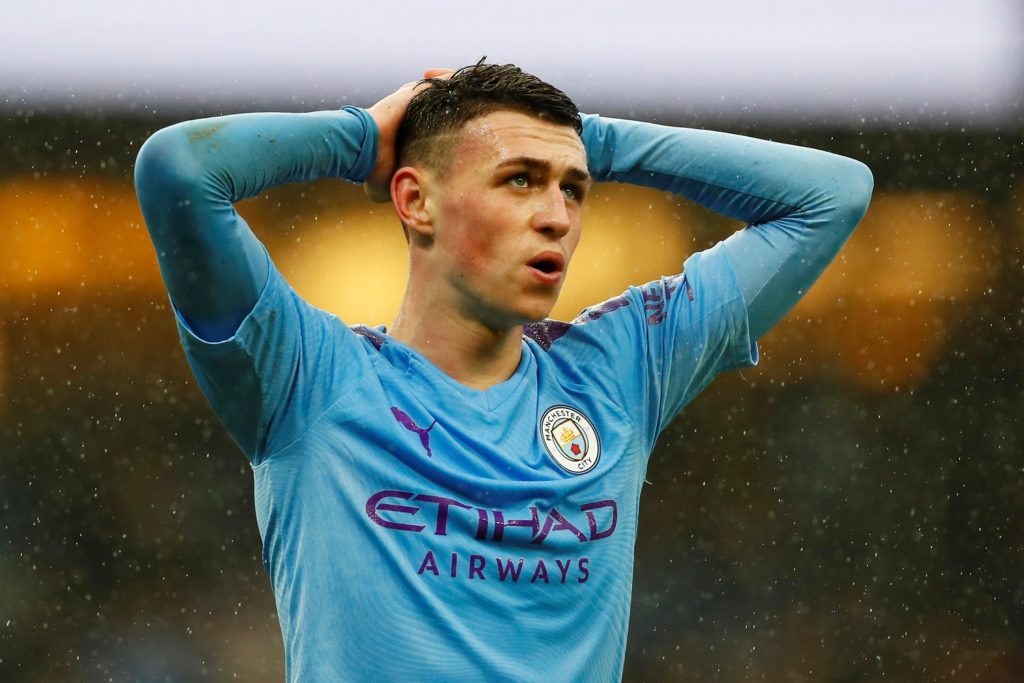 Whenever he is asked about Phil Foden, Manchester City boss Pep Guardiola cannot speak highly enough of the youngster - so why is he still not in the side?

Guardiola, a man who has coached Lionel Messi, Andres Iniesta and Xavi, as well as playing alongside the likes of Michael Laudrup, Romario and the original Ronaldo, previously described Foden as “the most talented player”.

Such praise you would think would lead to a clamour to give him minutes, but that has not been the case. So far this season he has made 12 Premier League appearances, yet only one of those has been a start.

That came in December’s 3-0 win at Arsenal when, after dominating the game, he was, to the surprise of all who watched it, withdrawn after just 56 minutes, with the cup competitions and Champions League continuing to be his best avenues for exposure.

This season he has played only 185 minutes in the Premier League and even his supposed request to go out on loan to get regular exposure fell on deaf ears.

Of course, at 19, the playmaker still has plenty of time on his side and as a Stockport-born lad will always have dreamed of playing for the Citizens. However, he must be growing frustrated.

Our man @PhilFoden getting plenty of 💙 this morning… #ManCity https://t.co/d6OZM5rN7V

Last summer saw him play for the England Under-21s at the European Championship. Of that 23-man squad, goalkeeper Dean Henderson, Leicester’s James Maddison and Chelsea trio Fikayo Tomori, Mason Mount and Tammy Abraham all have good shouts of being part of the senior squad’s plans for Euro 2020.

What do they have in common? They’ve all played regularly in the Premier League.

Unless something remarkable happens, Foden is unlikely to be in Gareth Southgate’s plans even though, with the Premier title gone, it might be an idea for City to bed him in ahead of next season.

With David Silva set to leave the club this summer, the idea is for the youngster to take his role in midfield although that is enormous pressure to place on someone who is still a teenager. A run of games now would help him adjust from his role as a substitute to a first-team regular.

Succession planning is quite rare for football clubs and what happens if he doesn’t adjust? And what if Guardiola leaves?

The Catalan coach has appeared restless this season and, just like at Barca, his fourth season in charge at the Ethiad is proving the hardest.

As shown with the Foden situation, Guardiola is stubborn and once he has something in his mind is rarely for turning.

In fairness, the 49-year-old has been right more times than not. However, after two years of broken promises, City and England fans alike are wondering, is Pep harming Phil’s progress?