Silva admits City have let themselves down this season 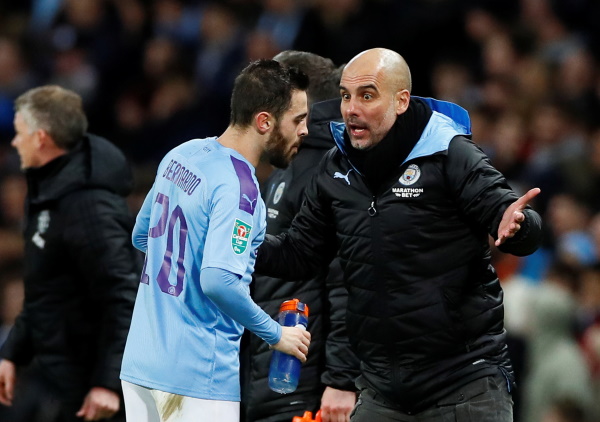 Manchester City winger Bernardo Silva says his side have performed way below expectations this season.

Pep Guardiola’s side have won the last two Premier League titles, earning 100 and 98 points in the process.

The defending champions were the favourites to make it three in a row at the start of the season but are already a massive 22 points behind Liverpool.

Their scheduled game against West Ham United on Sunday was postponed due to poor weather conditions caused by Storm Ciara, an abandonment that prevented them from closing the gap on the leaders.

Several key players for City have performed below their best this season with the Blues being comfortably outperformed in every department by Jürgen Klopp’s Liverpool.

Realistically, City’s hopes of salvaging their season lie with the Champions League as they face Real Madrid in a huge two-legged tie starting on February 26.

Speaking about his side’s performances this season, Silva said City have been hugely disappointing and now they must fight to finish second in the league.

“The Premier League has been a huge disappointment to be so far from Liverpool and now we have to fight for the second position,” he told Sky Sports.

“It hurts a lot because when you start a season, you always want to go for the Premier League, it’s the main competition and the most important for the fans. So it’s very disappointing, no one expected us to be this far from Liverpool in January or February so it’s something that we need to learn from.”

Silva has been one of many City players to not reach the heights of last season and, consequently, has found himself in and out of the team.

He has not started a Premier League game since their 2-2 draw with Crystal Palace on January 18, with Riyad Mahrez being favoured on the right-hand side.