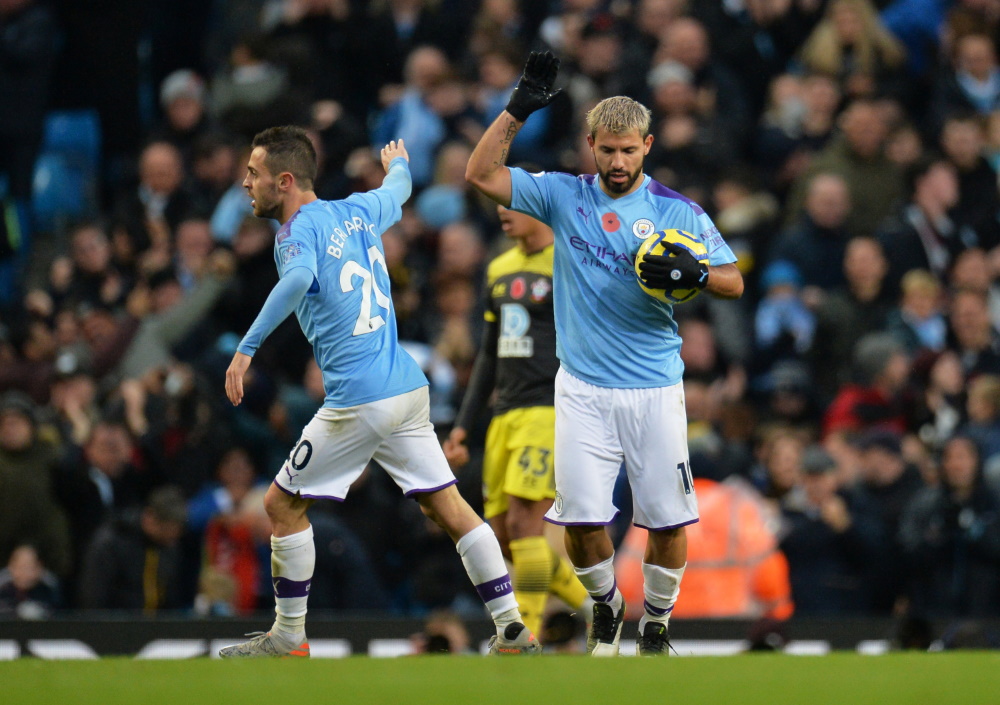 Sergio Aguero will not give up penalty taking duties should Manchester City be awarded one against Real Madrid on Wednesday night in the Champions League.

The club’s all-time record goalscorer missed again from the spot in City’s narrow 1-0 victory over Leicester at the King Power Stadium last weekend before being substituted shortly after.

The Citizens have now missed five of their last seven penalties, including their last four in the Premier League – Ilkay Gundogan, Gabriel Jesus and Raheem Sterling also fluffing their lines from 12 yards out.

Aguero, however, reportedly told team-mates after the Foxes’ win that he will again put himself forward if the opportunity arises at the Bernabeu.

It is understood the Argentina international had been putting in extra practise prior to the game against Brendan Rodgers’ team in a bid to rectify City’s poor record this season.

And boss Pep Guardiola has insisted he is happy to continue leaving the responsibility of taking penalties up to his players.

The City boss said: “It’s not normal to miss penalties with the quality we have. I’ve told the players: be convinced you are going to score. Next time.

“Kevin De Bruyne is one option but they (the players) have to decide. I like it when Sergio takes the initiative. I like that mentality.”

Aguero has missed 13 penalties from 49 attempts, suggesting the prolific South American will continue to back himself that he is the best man for the job.

"They are the kings of the Champions League"

Pep Guardiola is excited to take his Manchester City team to the Bernabeu in the Champions League pic.twitter.com/P5CLVP9S2y

Next up for City and Aguero is a meeting with a Real side reeling from the news that superstar forward Eden Hazard suffered a hairline ankle fracture during Saturday’s shock 1-0 loss at lowly hosts Levante, boosting City’s chances of attaining a decent result in the first leg of the round of 16 tie.

Los Blancos will visit the Etihad Stadium on Tuesday, March 17 for the return leg as City seek to lift the trophy for the first time in their history.