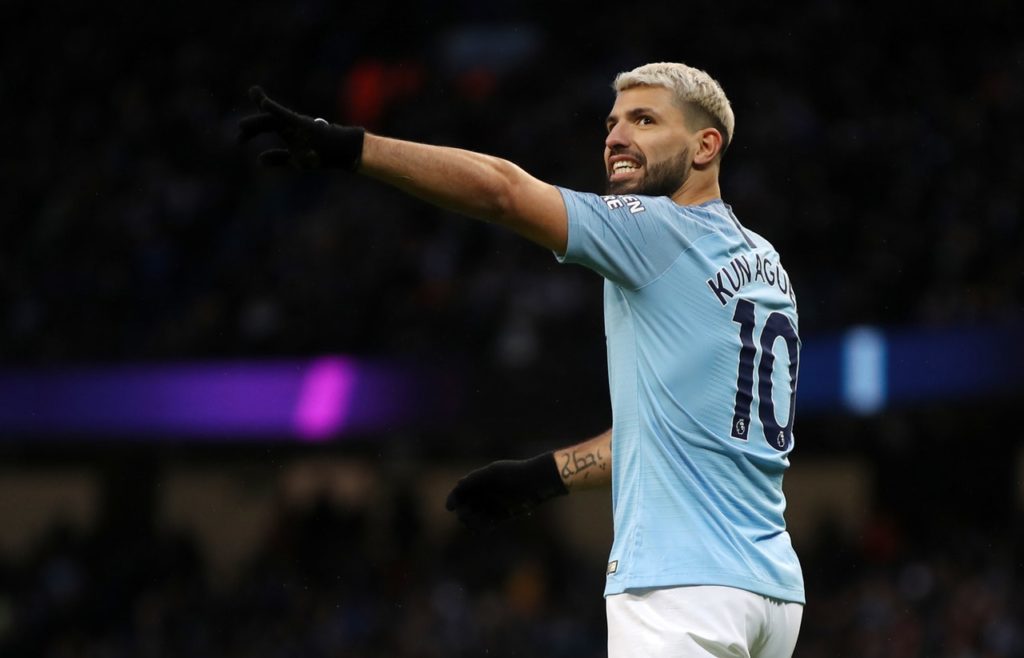 City’s all-time leading scorer limped off with just six minutes remaining of Sunday’s Carabao Cup final victory over Aston Villa after being on the receiving end of a strong challenge and he was later pictured with an icepack on his leg.

However, Guardiola has now provided a positive injury update on the Argentina international, as he has revealed he has shaken off the knock and will be available for their FA Cup clash with Wednesday.

Guardiola also revealed that Claudio Bravo will retain his place in goal for the trip to South Yorkshire, although Leroy Sane will not be considered, despite making good progress in his recovery from the knee ligament injury he suffered during City’s Community Shield victory over Liverpool back in August.

“Leroy is not ready. After six months out, it’s a process,” Guardiola continued. “You feel good but confidence… he’s doing the normal steps to come back. Playing in second team for 50, 60 minutes.”

City will head into the match on a four-game winning streak, while they are also the FA Cup holders after thrashing Watford 6-0 in last year’s final.

Guardiola is refusing to underestimate Sheff Wed, however, particularly as City were dumped out of the competition by Wigan, then of the third tier, in 2018.

“We are just thinking about tomorrow,” Guardiola confirmed. “I learnt (in my previous Clubs) when they win a trophy, they take a shower and then think about the next game.

“The FA Cup is always difficult for the fact it’s so important for the country for all the clubs in England. We can go through to the quarter-finals and that is what we have to do, be focused on that.”