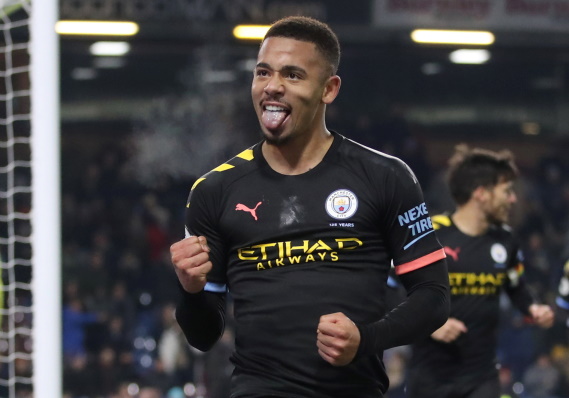 Manchester City are ready to hand Gabriel Jesus wages of £150,000-per-week in a clear message to Juventus that the Brazil striker is not for sale.

Brazil international Jesus has played an important role for City this season, rotating as the main striker with Argentinian Sergio Aguero, and insiders at the Etihad insist club bosses are confident they can persuade the samba star to sign an extension to his present deal, which still has three years left to run.

This could still depend on whether the Citizens are successful in overturning the two-year Champions League ban recently imposed by UEFA for allegedly flouting Financial Fair Play rules.

The Manchester giants have appealed to the Court of Arbitration for Sport, wanting a quick decision for a variety of reasons, including where some of their biggest names will stand over their own club futures.

In particular, City are aware of increasing moves by Italian champions Juventus towards Jesus, a player they first attempted to sign when he was back in his homeland playing for Palmeiras.

Boss Pep Guardiola made a personal intervention to persuade the 22-year-old to join him in Manchester, completing a £27million deal in January 2017.

It’s understood Jesus earns £100,000-per-week and City plan to speak to his camp at the end of the season about a significant rise, worth a supposed £2.4m extra.

Guardiola is convinced Jesus is one of the best young forward talents in Europe and he will only keep improving, with record goalscorer Aguero’s own contract due to expire next year.

Jesus has bagged 18 goals this campaign despite playing second fiddle to the prolific Argentine ace, underlining City’s belief that they need to keep him sweet on the financial front.

Jesus will be hoping to get another chance to show his credentials in the derby this Sunday when City take on rivals Manchester United at Old Trafford.