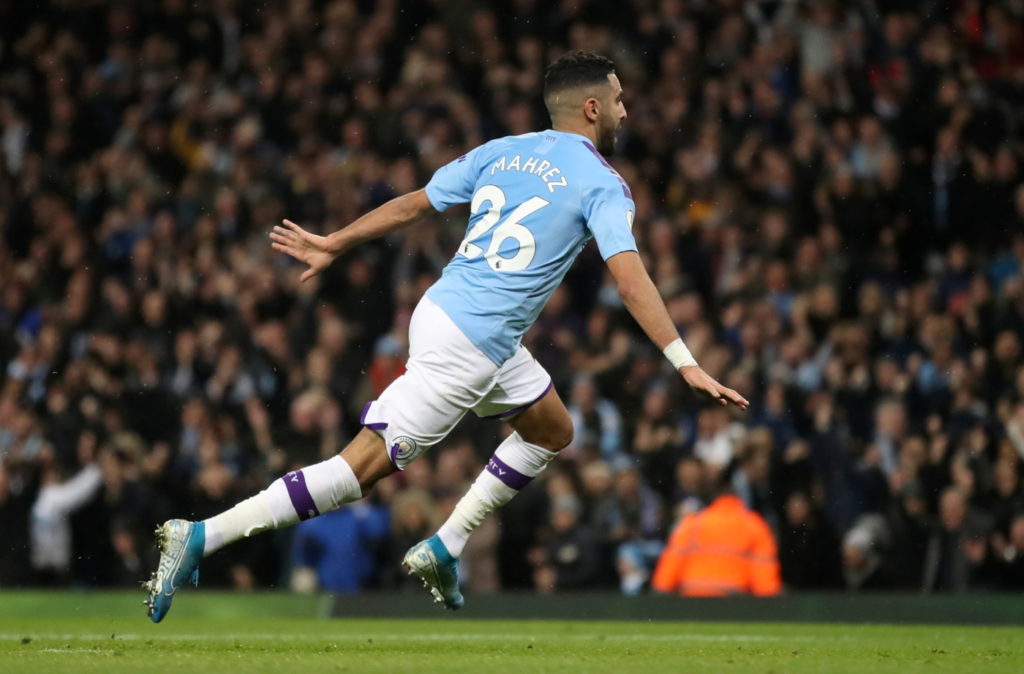 PSG are lining up a few options if they are forced to sell Kylian Mbappe when the window reopens.

Mbappe has been linked with Real Madrid at regular intervals and Italian champions Juventus have also been tipped to make a move for the France international striker.

Mbappe tends to play on the right side of a three-pronged attack for PSG and Italy’s Calciomercato say the Ligue 1 club have lined up Mahrez as a replacement should their star forward depart.

Mahrez has enjoyed an impressive season for City with seven goals and eight assists in 23 Premier League appearances, while he has weighed in with a goal and four assists in six Champions League games.

The Premier League champions are not actively looking to cash in on Mahrez but could be open to offers regardless. As it stands, the club are facing a two-year ban from European football depending on the results of an appeal that has yet to be heard and they could therefore be willing to allow a few big names and big earners to depart.

Mahrez, 29, is keen to continue playing in the Champions League and City would therefore be willing to consider a bid from PSG.

If the Algerian does exit the Etihad Stadium outfit may opt not to sign a replacement as Leroy Sane is close to returning from a lengthy stint on the sidelines. The Germany international had previously been expected to join Bayern Munich but their interest has cooled and he is now set to remain in Manchester.