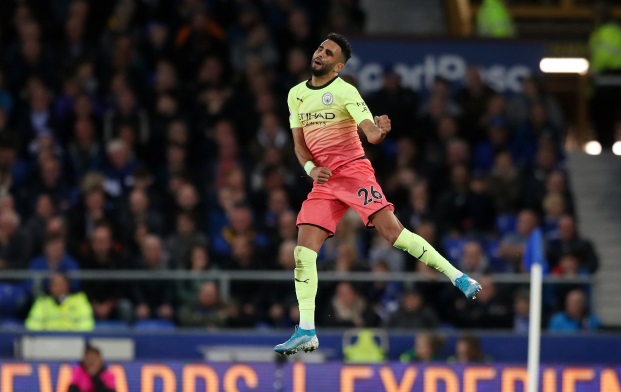 Riyad Mahrez will be kept waiting until next year before Manchester City are prepared to open talks over a new contract extension, Etihad insiders insist.

Reports at the weekend claimed the Algeria winger was looking to quit the Citizens and his head had been turned by overtures from Paris Saint-Germain.

Sources close to the 29-year-old, however, have stated the former Leicester City man is not looking to bring an end to his time in Manchester and has recently raised the possibility of signing longer terms.

It is understood that while the Citizens are happy Mahrez has recently pledged his commitment, club bosses are in no rush to hand him fresh terms just yet.

He still has three years remaining on his existing £180,000-per-week agreement and is one of the highest paid players on the books at present.

Mahrez has come to the fore this season and established himself as a regular starter for Pep Guardiola – stepping up to the plate after the knee injury suffered by fellow winger Leroy Sane at the start of the campaign.

He has made 37 appearances and scored nine times this term, also winning over City supporters who were underwhelmed by his debut season following a £60m arrival from King Power Stadium in the summer of 2018.

Guardiola has been impressed by Mahrez’s attitude and commitment since he cut short his holidays last year to be ready for the start of the Premier League season.

Mahrez had led his country to African Nations Cup glory, but decided to knuckle down at City and take just 12 days of rest before re-joining the fray.

The suggestions are that officials in Paris are willing to hand City their money back, but the word coming back is that bosses in the French capital would be wasting their time trying to sign any City players.