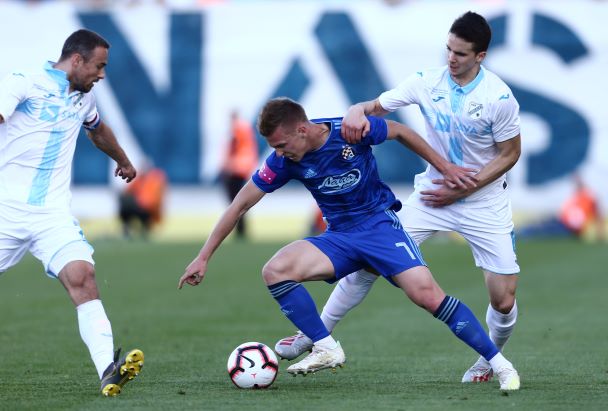 The City scout was present at the Stadion Rijeka for the home side’s 2-0 Croatian league win on March 8.

And four players from the hosts’ dressing room are likely to have caught the eye with the Citizens targeting young talent from the region.

He has since spent time back at his former club and had been impressing on loan at Belgian top-flight side Oostende until football across Europe was interrupted recently.

Top talent Ivan Lepinjica is among the four Rijeka players City should have on their radar.

The 20-year-old midfielder was the subject of a Chelsea bid reportedly worth between three and four million euros in January, according to Croatian website Tportal.

But that wasn’t good enough to convince Rijeka to part company with him as the Croatian side are understood to want a guaranteed 5 million fee.

Lepinjica is a defensive-minded midfielder who can be effective in a number of positions. He stands at 6 ft 2 in tall – so looks like he has the stature to suit the typically physical nature of English football.

Championship sides Leeds United and West Bromwich Albion were also reportedly interested in signing the young Croatian too, but many clubs are now putting all their transfer plans on hold until they can be more certain as to what the outcome of 2019-20 will be.

According to Sport News, there is interest in Pandur, who celebrates his 20th birthday today, from Spain.

Štefulj, 20, is being targeted by several Bundesliga clubs while 19-year-old Smolčić has impressed clubs in Italy with his calmness, tactical positioning, physicality and left foot.