Solskjaer suggests time off for McTominay after ankle turn 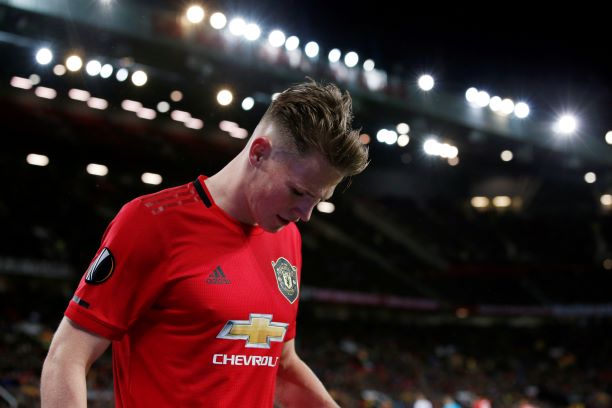 Ole Gunnar Solskjaer is hopeful Scott McTominay won't be out for too long after the Manchester United midfielder turned his ankle in the 3-1 win over Brighton.

McTominay was an injury doubt for the visit of the Seagulls to Old Trafford after hobbling off late on in United’s 3-0 win over Partizan Belgrade on Thursday with what also appeared to be an ankle problem.

The 22-year-old, who was United’s Player of the Month for October, had another fine game in the heart of the Reds’ engine room and almost grabbed his third goal of the season in the 3-1 victory that lifts Solskjaer’s men up to seventh in the Premier League table.

But, with seconds left in stoppage time, the Scotsman went down after a tangle of legs with an opponent and looked to be in some pain as he rolled around on the turf.

Solskjaer looked ashen faced as he watched on and, speaking to the media at his post-match press conference, the Norwegian could not be sure about how serious the injury would be to McTominay.

“He went over on his ankle,” said Solskjaer.

“It’s a painful one. I had one and was out for eight weeks but sometimes back in two. Scan tomorrow. Scotty is not one for rolling around.”

It looks unlikely that McTominay will be joining up with Steve Clarke’s Scotland squad for their final Euro 2020 qualifiers against Cyprus and Kazakhstan later this month and his involvement in United’s next game – against Sheffield United on November 24 – also appears in doubt.

United face Astana in the Europa League after that but, with qualification from Group L already secured, won’t need to take a full-strength squad out to Kazakhstan for that one.

The real blow for United and McTominay will come if he is forced to miss the first Manchester derby match of the season – at the Etihad Stadium on December 7.