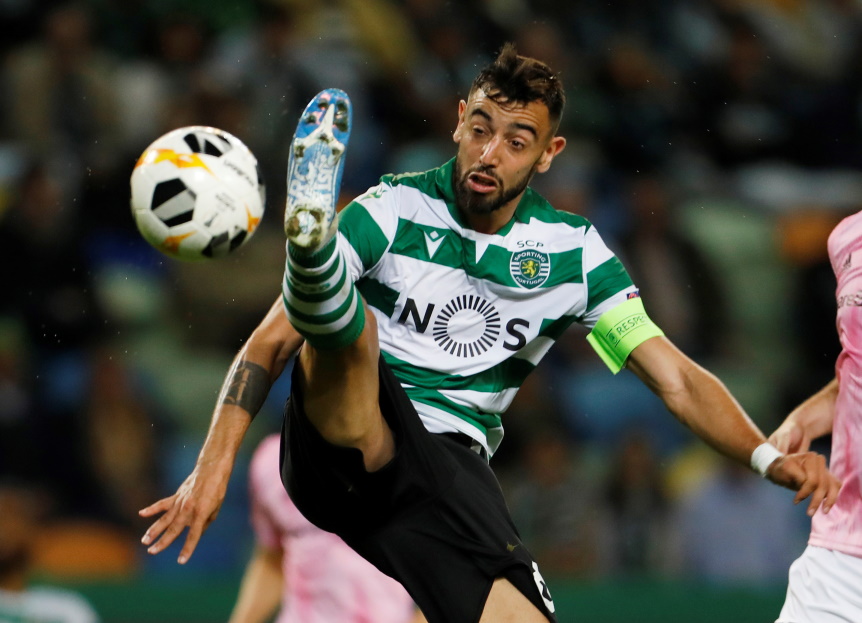 Bruno Fernandes has opened up the door to a potential move to Manchester United or Tottenham after admitting he wants to play at a higher level.

The Sporting Lisbon ace was heavily linked with a switch to both clubs during the summer, but for one reason or another, he ended up staying in Portugal and has continued to shine.

The forward has scored nine goals in 15 games this season, to add to the 20 goals he scored in 33 games the season before, so it is no surprise clubs are still keen to land him.

The 25-year-old admits to still being very ambitious and wants to play at a higher level but he will not kick up a fuss and demand a move away from Sporting.

With January fast approaching, speculation is hotting up once again, but Fernandes is keeping cool about the situation.

“I’m not worried at all [about transfer window speculation],” Fernandes told reporters. “Since 2016, there’s been talk about my possible departure.

“I’m well, doing my job and doing the best I can. I have dreams to fulfil but I have no need to force my departure. I feel the love here and if I have to leave, I hope I leave good memories.”

Bruno Fernandes has been directly involved in 15 goals in 16 games for Sporting CP this season in all competitions:

Whether United or Tottenham make a move in the January window remains to be seen. Both clubs are certainly in need of a lift, but may decide to keep their powder dry until the summer when more players will be available.

Fernandes has shown he has all the attributes to be a big hit in the Premier League and Liverpool have also been mentioned as a possible destination.

He also starred in Portugal’s 6-0 win over Lithuania on Thursday which kept their hopes of Euro 2020 qualification alive, and watching scouts would have been impressed.