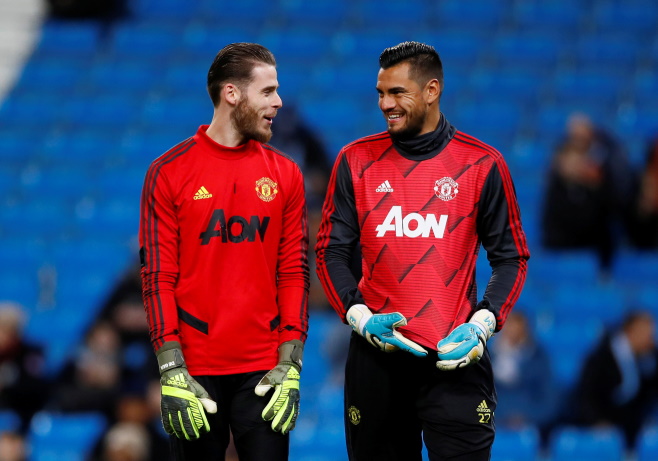 Manchester United goalkeeper Sergio Romero says he has no plans to leave the club in the January transfer window.

The 32-year-old has been at Old Trafford since 2015, but he has only made seven appearances in the Premier League since leaving Sampdoria.

Romero made a name for himself in the Netherlands, making 109 appearances during a four-year stay at AZ Alkmaar.

A four-year spell in Italy impressed Red Devils scouts, but he has only played in United’s colours on 49 occasions.

That is mainly down to David De Gea’s form, with the Spain international still one of the best goalkeepers in the world. He has been linked with Real Madrid in the past, is going nowhere after signing a new contract until 2023 in September.

He is now into his prime years as a goalkeeper, but Romero claims his future remains at Old Trafford.

“When I have my chance in the squad to play, I am ready for this moment,” he told reporters. “I think in the last four years I have been in a difficult situation because I have played for the national team for years.

“When you have David in front (of you)- in the last years, David is the best goalkeeper in the world- this is difficult.

“But I work, I am happy I am in the best club in the world. I tell about another time when I was young, I saw Man Utd play many times, and I say ‘one day I want to play in this club.'”

Sergio Romero, who has joined Ole for our #UEL press conference, says: "I used to watch United games when I was a kid and Ole was part of that great side.

"I knew what an important character he was at this club and we as a squad have ultimate respect and trust in him."#MUFC

Romero is expected to start on Thursday night when United face his former club AZ in the Europa League. He will then be expected to drop to the bench for the clash against Everton, but he could soon find himself back on the field of play.

Solskjaer’s men host Colchester United in the quarter-finals of the Carabao Cup next week and Romero could find himself between the sticks for the visit of the League Two side.