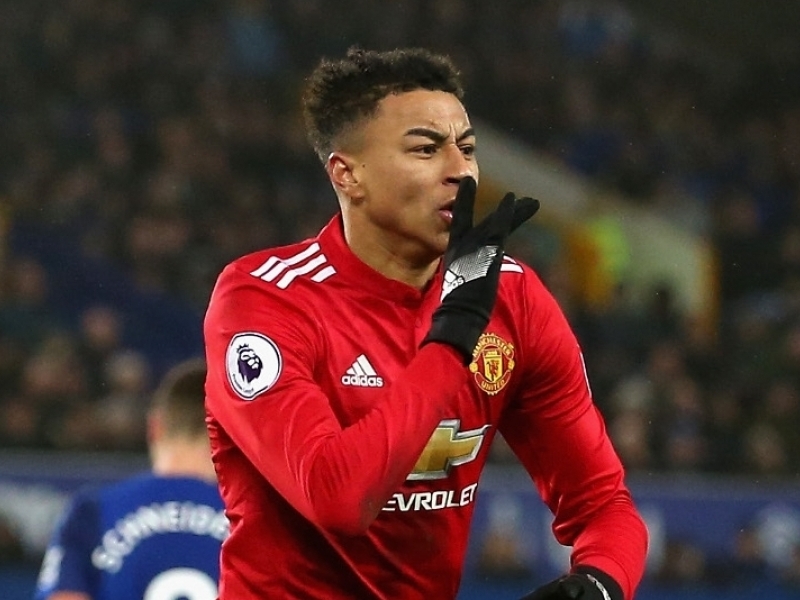 Jesse Lingard has emerged as a doubt for Manchester United's landmark game against Everton at Old Trafford on Sunday.

Sunday’s match will be the 4,000th consecutive game that United will have included a player developed from their youth set-up in their match-day squad, a streak that has been going since 1937.

Lingard is potentially such a player, but he is facing a late fitness test on a muscle injury sustained in the 2-1 derby victory over champions Manchester City at the Etihad, a problem that kept him out of United’s 4-0 victory over AZ Alkmaar in the Europa League.

It would be a blow to lose Lingard for this fixture with the England midfielder having played a key role in both recent Premier League victories over City and Tottenham, results which have pushed United up to fifth in the table and reigniting their hopes of Champions League qualification.

Nemanja Matic played the full 90 minutes against AZ on Thursday following a 10-week absence and is pushing for a start, but the game will come too soon for Paul Pogba, Eric Bailly and Timothy Fosu-Mensah who are all set to return to full training next week.

Everton bounced back from their Anfield embarrassment, and the sacking of Marco Silva, to upset the odds with a 3-1 win over Chelsea last time out under interim boss Duncan Ferguson.

The fans favourite, who has hopes of being given the manager’s role on a permanent basis, will be in the dugout again on Sunday but he will have to change his line-up as Theo Walcott and Morgan Schneiderlin have been ruled out for three and two weeks respectively, both with calf injuries.

Seamus Coleman (rib), Yerry Mina (hamstring) and Fabian Delph (muscle) face late fitness tests after at least returning to light training, while Ferguson is “hopeful” Lucas Digne will shake off the groin problem he picked up against Chelsea to make the line-up.

The Toffees will definitely be without Jean-Philippe Gbamin and Andre Gomes who remain long-term absentees with thigh and ankle injuries respectively.