Meet the Haalands and other famous footballing families 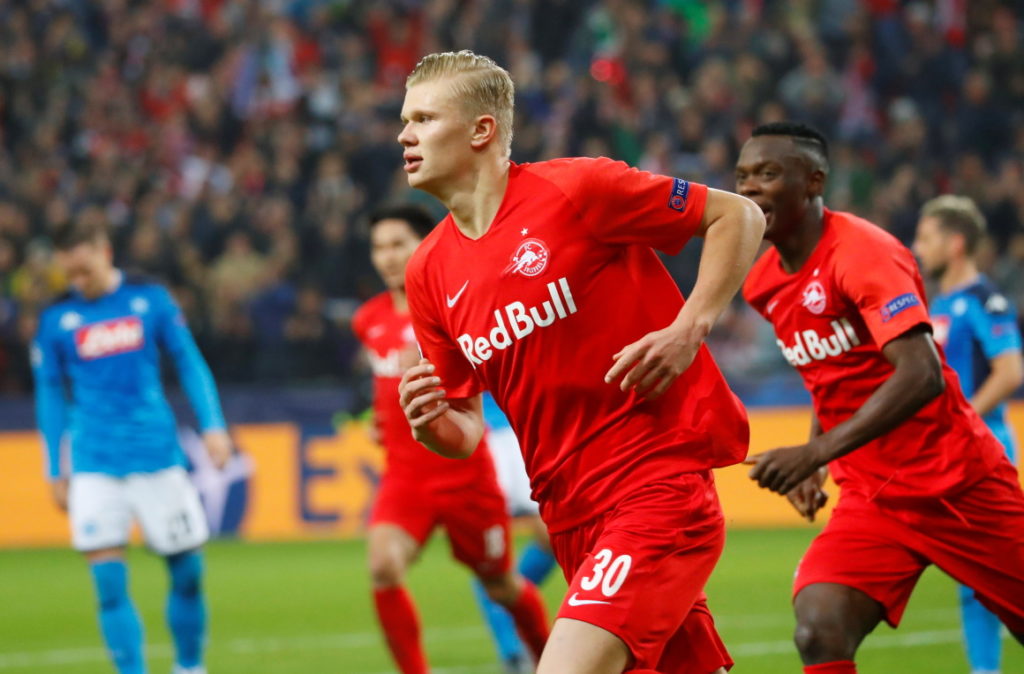 Erling Braut Haaland could soon be playing in the Premier League as his father did around 20 years ago.

We’ve taken a look at the Red Bull Salzburg star and some other sons of famous footballing fathers currently playing the game.

The most glaringly obvious selection would be Leicester goalkeeper Kasper Schmeichel and his former Manchester United stopper father Peter but chances are you know about the duo already so for that reason alone they’ve been left out.

Red Bull Salzburg striker Haaland continues to be linked with a move to the Premier League with both Manchester United and Liverpool thought to be keen.

United’s interest appears to be more genuine, as they are in greater need of a forward and he has worked with boss Ole Gunnar Solskjaer at Molde previously, but in any case both English giants could miss out as RB Leipzig and Borussia Dortmund are also battling for the teenager.

The 19-year-old’s father Alf-Inge is a former defender, who enjoyed stints with Nottingham Forest, Leeds United and Manchester City in England after starting his career with Bryne in Norway.

Atletico Madrid manager Diego Simeone was known as a tough tackling and tenacious midfielder in his playing days, as well as David Beckham’s nemesis, while his son Giovanni is a striker.

The 24-year-old, who has been capped five times by Argentina, is currently on loan at Cagliari from Fiorentina and has impressed at his new temporary home with five goals in 15 Serie A games so far,

Diego’s has another son Gianluca, 21, who is also a professional footballer and is currently on loan at Spanish club Sant Rafel from Argentina’s Gimnasia y Esgrima.

There has been speculation Giovanni could head to Madrid to link-up with Diego in the past, although the Atleti boss has played the rumours down.

Federico Chiesa has 25 goals in 126 appearances for Italian club Fiorentina despite being just 22-years-old. Like Haaland, the Italy international is a hot-prospect with the likes of Juventus and Inter Milan understood to be keen on the forward. Indeed, it is thought he was all set to join Juve over the summer until Fiorentina’s takeover scuppered that deal.

Chiesa’s father Enrico also represented La Viola during his playing career as a striker, as well as winning the UEFA Cup with Parma and the now defunct European Cup Winners’ Cup with Sampdoria.

Enrico managed 22 caps for Italy during his playing days and Federico looks on course to better that tally, as he has featured 17 times for the Azzurri already and has one goal.

The 22-year-old, a member of Iceland’s World Cup 2018 squad, is the son of Gudmundur Benediktsson, his maternal grandfather is Ingi Bjorn Albertsson and his great grandfather, also named Albert Gudmundsson, played for Arsenal, AC Milan and Nice.