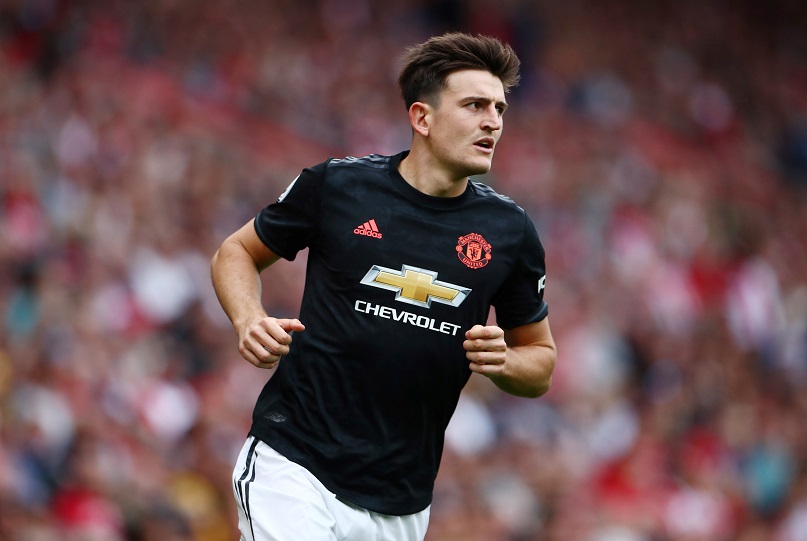 After Tuesday night's EFL Cup defeat to Manchester City, Manchester United could do with a break.

Boss Ole Gunnar Solskjaer has seen his side fail to win any of their last three matches and their 3-1 defeat to the Citizens means their chances of reaching the EFL Cup final now look slim.

There’s a dark cloud hovering over Old Trafford at the minute and the news of Harry Maguire’s injury blow will not help matters.

United confirmed on Wednesday morning that Maguire has suffered a hip issue and he is now a doubt for the game against Norwich City on Saturday.

However, the Daily Telegraph claims it is a muscle tear near his hip and a return date is unknown at this time. While Maguire’s injury does not appear to be a long-term issue, Solskjaer needs to react quickly with the transfer window still wide open.

Harry Maguire has suffered a muscle tear at the top of his hip. Not sure how long he will be out at this stage but it's another big injury setback for #mufc following McTominay and Pogba lay-offs https://t.co/jBHi54IyHy

Phil Jones partnered Victor Lindelof against City and he looked like a player who has started just one Premier League, which is precisely what he is.

Injuries to Scott McTominay and Paul Pogba are causing chaos in midfield, but at the back, the options are thin on the ground.

Axel Tuanzebe is out until the end of the month, while Marcos Rojo could return at the start of February. Eric Bailly and Timothy Fosu-Mensah also remain on the sidelines and United may need one extra body through the door to cover their backs.

With that in mind, we look at some targets they may consider in the next three weeks.

The 31-year-old defender appears ready to leave the Bundesliga champions after losing his place this season.

Boateng would bring bags of experience to the United dressing room and crucially, he may also be available on the cheap, something United need after their recent deals.

The Belgium international is out of contract in the summer and Spurs are struggling to tie him down. Jose Mourinho may need to cut his losses and give his team a fresh start.

United would be getting a rare commodity in a top-quality left-footed centre-half, something that would add balance to their starting XI.

After making just four appearances under Zinedine Zidane, Nacho may be willing to try a new challenge. The Spaniard is another player who is of out contract in June and he would also give United plenty of cover around the park.

The 29-year-old has played at full-back and in midfield in his career and the Red Devils would also be adding a four-time Champions League winner to their squad. All things considered, could he be the perfect fit?

The Argentinean is known for his rugged style and no-nonsense approach and would not cost the Red Devils as much as some of the other names.

He has helped Atalanta reach the knockout stages of the Champions League and with his deal up in the summer, a move to one of the biggest clubs in the world will not be easy to turn down.

All of the above would offer United a safety net for the rest of the season but going forward they need to consider a big clearout at the back. The likes of Rojo, Jones, Ashley Young and Diogo Dalot all look out of their depth and Brighton’s Ben White could well be a target.

He is currently on loan at Leeds United in the Championship and his performances have already caught the eye of Liverpool, Tottenham and Chelsea.

At 22, White has the best years of his career ahead of him, and he and Maguire could be the perfect partnership for years to come.