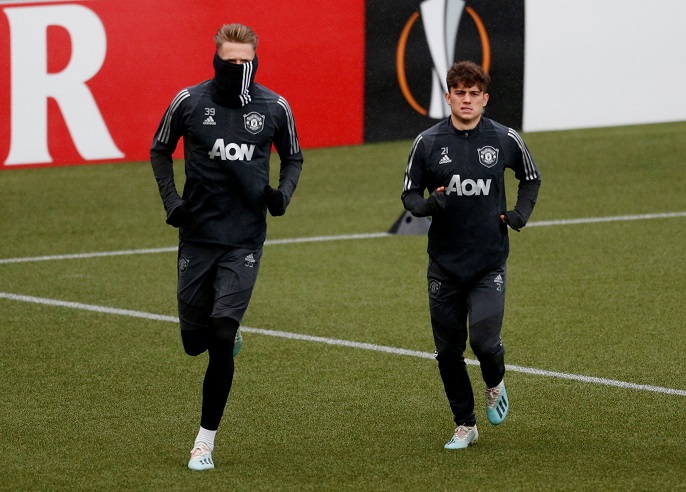 Winger Daniel James is reportedly verging on burnout in his first season with Manchester United, according to Old Trafford insiders.

The 22-year-old Wales winger was substituted after 64 minutes of Wednesday’s one-sided 3-1 home defeat to rivals Manchester City in the first leg of the Carabao Cup semi-final.

That result undoubtedly has left the Red Devils with a big mountain to climb when the two teams reconvene hostilities at the Etihad Stadium in three weeks.

And United boss Ole Gunnar Solskjaer might have to plot any unlikely comeback without the services of James, who is said to be ‘right on the limit’ since mid-December.

The former Swansea City starlet has been a virtual ever-present since his £21million arrival last summer, exciting United followers with his rapid directness in the first few months of the campaign.

Solskjaer had hoped James would be afforded the opportunity to ease his way into life in the top flight, but a crippling injury list has already resulted in him playing 31 games for club and country so far.

He was heavily involved in the busy festive programme and sources inside Carrington state the club’s medical staff have been keeping a close eye on the player, who returned to pre-season training a week before the rest of United’s squad.

James failed to spark against the Citizens and cut an exhausted figure when he left the Theatre of Dreams after the final whistle, reinforcing the assertion that the games have finally caught up with the talented Welshman.

James is being assessed over the next 48 hours, with Solskjaer determined to protect a player who has consistently made himself available for selection, even when nursing a recent ankle knock.