Home Premier League Manchester United Inter-bound Young has made his mind up, maybe Solskjaer has too

Inter-bound Young has made his mind up, maybe Solskjaer has too 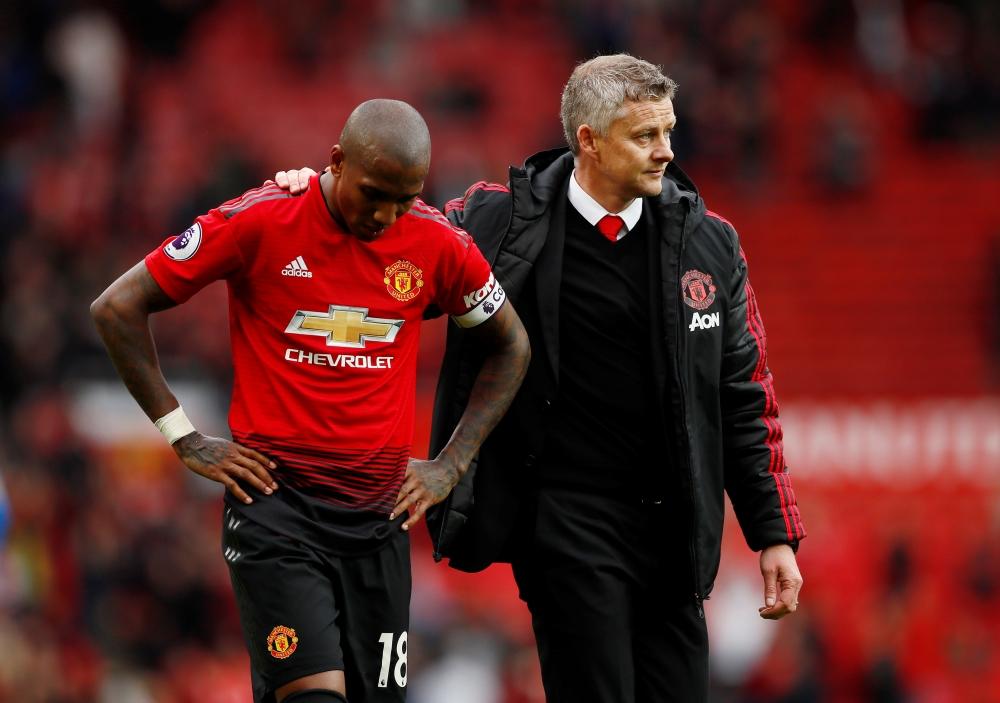 Ole Gunnar Solskjaer has shown that when a player wants to leave Manchester United he will leave that player out of the team.

So it was no great surprise to see Ashley Young’s name missing from Solskjaer’s 18-man squad for the 4-0 Premier League win over Norwich City on Saturday.

The Norwegian later said that Young “wasn’t fit to play” against the Canaries, although there was no sign of him carrying any injury when he completed 90 minutes against Wolverhampton Wanderers in the FA Cup third round nine days earlier.

The 34-year-old was also absent from the 3-1 Carabao Cup semi-final first-leg defeat to Manchester City last week, despite Solskjaer naming a bench with only one recognised defender on it.

Young’s versatility has made him a very useful player for United down the years and Solskjaer had recognised that by naming him in the matchday squad for 20 of the 21 Premier League games prior to the visit of Norwich.

No longer seen as the tricky winger that he was when he arrived from Aston Villa for £15million in 2011, Young has been deployed as a right and left-back and a wing-back at times by Solskjaer.

Just 24 hours before Saturday’s game Solskjaer had been singing the praises of the player, who he described as “our captain”.

“There’s loads of speculation, we’ve just got to handle it,” said the Red Devils boss. “Ashley’s been very professional and focused so I don’t think that’s going to change. He’s been very, very good for this club, and he’s been a very good captain this season, so let’s see where we are in June – and February as well.”

But the former Watford man’s decision to shun United’s offer of another 12-month extension and head to Italy to join Inter Milan in the summer looks to have sealed his fate for this season too.

Solskjaer froze Romelu Lukaku out of the team in pre-season when United were haggling with the same club over the Belgian’s eventual £75million move to the San Siro.

He spun a yarn to the media that Lukaku was injured when it was fairly clear he was being kept on the sidelines for another reason and also made his intentions to only play Alexis Sanchez in cup competitions clear to the Chilean before shipping him out too.

Antonio Valencia was another to feel the freeze for several months before he was given a farewell appearance on the final day of last season against Cardiff.

Young could already be heading down the same path – but will United miss his experience and versatility as they chase silverware and a top-four spot in the Premier League over the next five months?

The emergence of Brandon Williams as a genuine Premier League option feeds into Solskjaer’s belief that youth is the way forward and Diogo Dalot is also back from injury to give him further options in both full-back positions.

Young’s departure would mean there would only be two surviving members of Sir Alex Ferguson’s last title-winning squad on the playing staff – David de Gea and Phil Jones.