Home Premier League Manchester United Despite his obvious faults, Solskjaer is not the man to blame

Despite his obvious faults, Solskjaer is not the man to blame 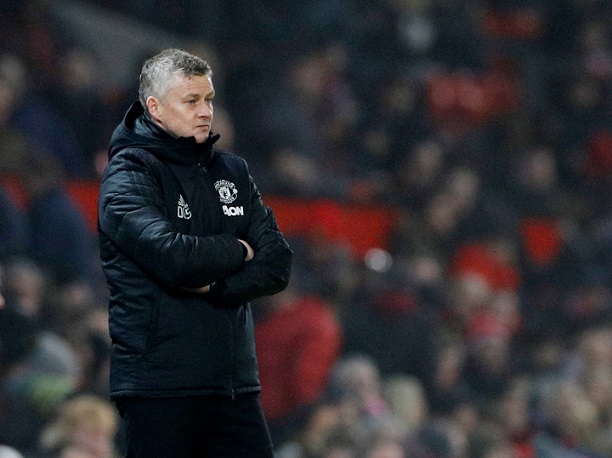 Manchester United fans pointing the finger at Ole Gunnar Solskjaer are missing the point - their problems lie much deeper.

There was something very strange about seeing a half-empty Old Trafford in the closing stages of United’s dismal 2-0 defeat at home to Burnley on Wednesday.

Even during the most challenging and tedious periods of David Moyes’, Louis van Gaal’s and Jose Mourinho’s reigns, fans rarely streamed out of Old Trafford in the manner of Wednesday night.

Yet it seems like Red Devils fans may finally have run out of patience with their side.

From their point of view, the seven years since the last title triumph under Sir Alex Ferguson will feel like seven decades – United look light-years away from challenging once again.

Wednesday night signified what, from the outside, looks like a tipping of the balance in terms of fans being behind Solskjaer as manager.

United were booed off at half-time and full-time and some of Solskjaer’s tactics and selections came under scrutiny.

The result left them six points adrift of Chelsea in fourth place – by no means an insurmountable gap – but for it to be bridged it will require United to improve significantly between now and May.

Their top four chances can be rated at best as possible, but not probable, and despite a huge swathe of money being spent, the club appears to have gone backwards in the past three years.

Not our night at Old Trafford.

The Reds had the ball in the net late on through Shaw, but it was ruled out for a foul in the build-up.#MUFC #MUNBUR

Solskjaer, the mild-mannered, unassuming former hero for United, nicknamed ‘the Baby-Faced Assassin’ was always going to be granted time by the fans after doing so well as a player but even his cult status isn’t preventing some dissidence on the terraces.

Yet to blame him and call for a new managerial appointment would be to underestimate the sheer scale of the mess at Old Trafford.

A new coach might inject a few new ideas which could work in the short term but then the old problems will rear their ugly heads and they will be back to square one.

When Ferguson was in charge, he ran nearly all aspects of the club – he signed the players, he spoke to their agents, he dictated the tactical style and culture of the club.

That model changed upon his departure and Ed Woodward arrived in a sporting director-type role.

Having a sporting director is not a problem. Having one who has demonstrably proven he isn’t up to the task definitely is.

Recruitment, one of Ferguson’s biggest strengths, has been nothing short of abysmal.

Even players who have been moderate success such as Anthony Martial and Ander Herrera have never set the world alight.

Those transfers suggest no semblance of planning at Old Trafford in terms of recruitment. The approach has been so scattergun and has led to scattergun results. Their only consistency has been inconsistency.

Even the master tactician Jose Mourinho, the born winner – the man who was guaranteed to bring success – ultimately didn’t have it in him to turn things around.

Players that are brought in ultimately dictate the mood of a football club – if they are the right players, they will lift the team and consequently the fans.

Until their ham-fisted approach to signing players changes, any coach in the world would struggle in the current set-up.

Yes, Solskjaer probably could have squeezed more out of his squad. Yes, the likes of Mauricio Pochettino are available and would be an upgrade.

But until the philosophy of the club changes, United will continue to hover outside the Champions League places with a disjointed squad.