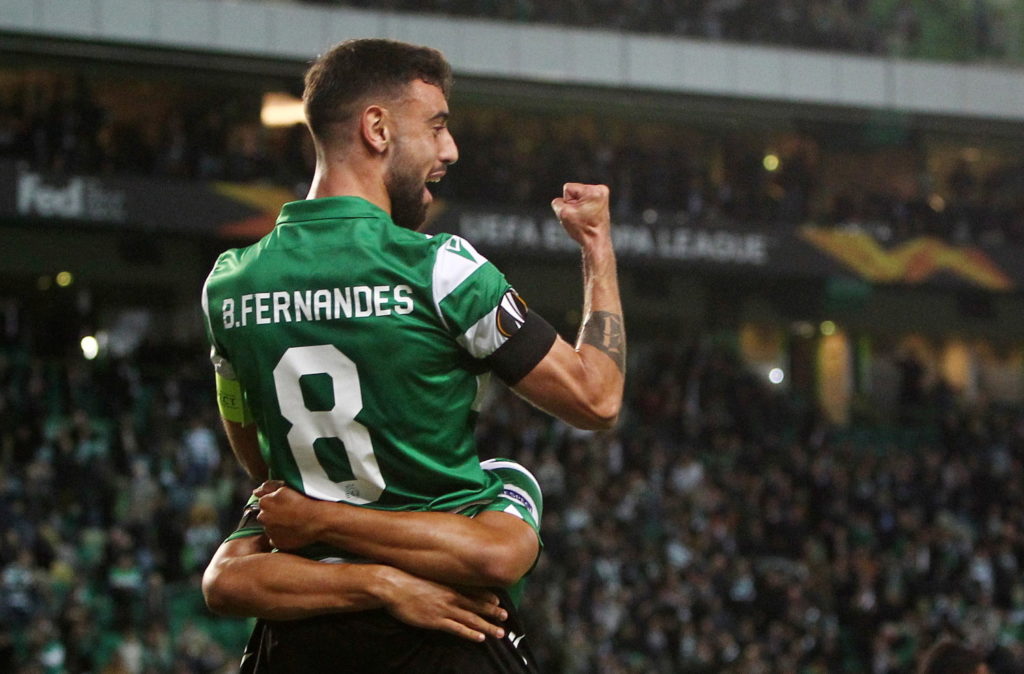 Manchester United say they have agreed a deal with Sporting Lisbon for midfielder Bruno Fernandes as they look to bring the saga to an end.

United have been chasing Fernandes all month and, after a few bumps in the road, it looks like they are finally set to get their man.

Sporting and United have done plenty of business in the past with the likes of Cristiano Ronaldo, Nani and Marcos Rojo leaving Portugal to link up with the Old Trafford outfit, however, that hasn’t given the Premier League side any grace in their attempt to snap up Fernandes.

The Portuguese outfit have been very clear over their valuation throughout talks and United, possibly concerned about Barcelona swooping in, are understood to have agreed to match the asking price.

Barcelona’s interest, which emerged on Tuesday, appears to have kicked the 20-time English champions into action.

Reports claim United will hand over a fee in the region of £46.6million plus add-ons which could see the deal rise above £65million.

Fernandes is understood to be on his way to England on Wednesday and will need to pass a medical and agree personal terms before the deal can be officially announced.

United said in a statement: “Manchester United is delighted to announce it has reached agreement with Sporting Clube de Portugal for the transfer of Bruno Fernandes.

“The deal is subject to a medical and the agreement of personal terms.

“A further announcement will be made in due course.”

It’s not clear whether Fernandes will arrive in time to attend United’s Carabao Cup semi-final second leg tie with Manchester City at the Etihad on Wednesday night, but he is expected to be available for selection when they host Wolves in the Premier League on Saturday.

Meanwhile, Sporting have bid farewell to the 19-cap Portugal international after two-and-a-half years of service at the Estadio Jose Alvalade.