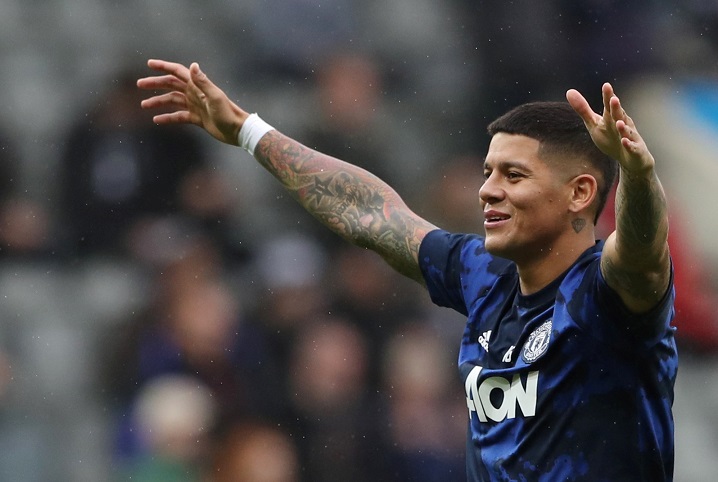 Manchester United have made further progress in offloading their deadwood this month with the departures of Ashley Young and Marcos Rojo.

When Ole Gunnar Solskjaer assessed his squad last summer, he made plans to upgrade a number of key positions where signings made by previous managers had failed to live up to expectations.

In fairness to Young, who joined Inter Milan for £1.5million midway through January, he won every domestic honour and the Europa League during eight-and-a-half seasons at Old Trafford during which he was rarely injured.

Argentina-bound Rojo brought nowhere near value for money on United’s £16million investment. And, although he will still have one year left on his United contract when he returns from his loan spell with Estudiantes in the summer, he has no future at the club under Solskjaer.

The 29-year-old defender is taking a pay cut to make the move, which he feels will help his chances of making his country’s Copa America squad this summer, with Argentina one of the joint-hosts.

Others who looked very much like ‘deadwood’ to be cleared out last summer – such as Nemanja Matic – have seen their careers take very different paths this season, while others have now potentially slipped into this category.

Despite his late red card, Matic’s goalscoring display against Manchester City on Wednesday in the EFL Cup semi-final was another example of how he has become an integral player again this season.

The Serbian’s place alongside the rejuvenated Fred, who would have been on most Reds’ ‘to sell’ lists last summer, has been assured since Scott McTominay’s injury and the veteran Jose Mourinho man has been good.

He finally seems to be over niggling injuries but, with his contract due to expire in the summer, there will always be the suspicion he is playing for a move.

Phil Jones and Chris Smalling have seen their careers go in different direction since the summer, with one largely languishing in the reserves until injuries forced Solskjaer’s hand, while the other has been impressing as one of the best defenders in Serie A.

United will now have no problem in getting a good deal for Smalling but Jones’ stock continues to fall.

Jesse Lingard and Luke Shaw were two players that could have been part of Solskjaer’s medium-to-long-term plan last year, but not now.

The Norwegian lost his patience with Lingard on Wednesday and issued a furious admonishment to the ex-England star, who will surely be put up for sale next summer.

Shaw has clearly lost his claim to be the club’s first-choice left-back to Brandon Williams and may only be clinging on to his place as a squad man, albeit one on such high wages that United will find it hard to shift him anytime soon.