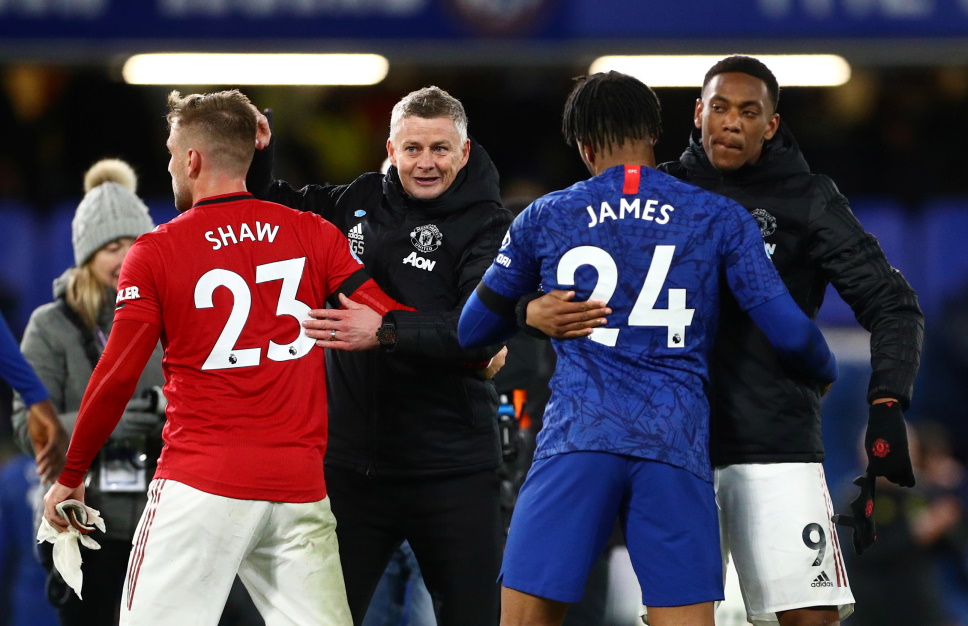 The Reds have had an up and down season to say the least, but once again they produced the goods against one of the better sides in the division and are now seventh in the Premier League, just three points behind Chelsea.

The win did not come without controversy though.

Chelsea boss Frank Lampard was far from happy and lamented “confusing” Video Assistant Referee (VAR) decisions after Harry Maguire avoided punishment for kicking Michy Batshuayi in the groin area, before the United skipper then thumped in a second-half header to seal the victory.

Anthony Martial also scored for United as they recorded a first league double over Chelsea for 32 years, but Chelsea felt hard done by.

Kurt Zouma and Olivier Giroud saw Chelsea goals chalked off by VAR in a hugely frustrating night for Chelsea, and their boss Lampard, who felt Maguire should have been sent off before getting the chance to score the second.

Amazing 3 points against a really tough opponent 🙌🏻 Ready for the next match 💥 #MUFC @ManUtd pic.twitter.com/CRfeYNNnbS

Solskjaer insisted, however, that Maguire did not deserve to be dismissed, claiming the England defender had only sought to stop himself being hurt.

The United boss preferred to focus on his own team’s performance, one he was understandably delighted with.

The Reds are well in the mix for the top four, but consistency, something that has eluded them all season, will be key, and Solskjaer is well aware of that.

“Of course we want to be in the Champions League next year, and we’ve given ourselves a chance with this result, but we know that we need to improve,” the Norwegian said. “We’ve just got to get as many points as possible and hopefully get fourth.”

Next up in the Premier League is Watford at home on Sunday, the kind of game that United have slipped up in all season, and another three points is crucial.