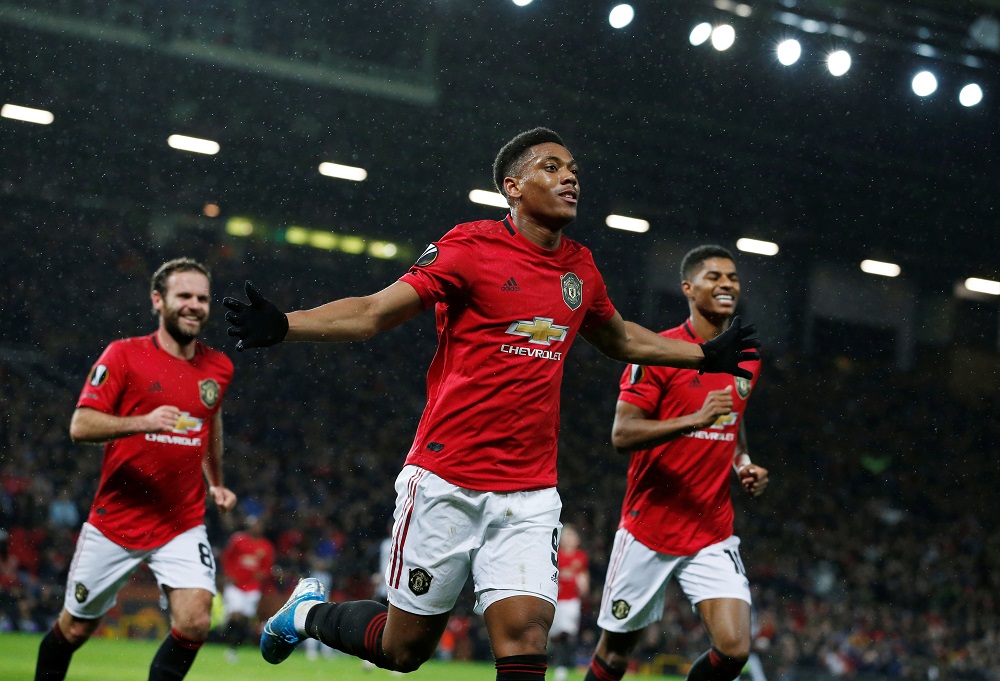 The Manchester United and France winger appears to have flicked a switch in the last few weeks, producing the type of form which has left his manager purring with approval.

Martial wanted out of Old Trafford last summer and a potential move to Inter Milan was being touted for the former Monaco starlet, who arrived in 2015 relatively unknown despite the £37m transfer fee.

The Frenchman took his goals tally to 15 this season with an impudent finish in Sunday’s 3-0 win over struggling Watford – his third goal in seven days after also finding the back of the net against Chelsea and Club Brugge.

Martial is just two goals short of equalling his best tally for a season at United, suggesting the player has finally got his head down after agitating earlier for the exit door.

And United insiders have stated Martial has forged a decent ‘working understanding’ with his manager following a series of chats at the turn of this year.

Martial has responded to the Norwegian’s arm around the shoulder and there is plenty of renewed optimism he will not be seeking a move elsewhere this summer.

Solskjaer insists he will continue to demand more from Martial during the remaining months of the season, with his United team now just three points behind fourth-placed Chelsea in the Premier League table.

Meanwhile, former United and France striker Louis Saha has challenged Martial to maintain a killer instinct in front of goal.

He told MEN Sport: “He now has to focus on things that will definitely work. It’s not just about having a style and being nice to look at.

“He needs to be more of a killer and I think he has done that in the last few games. Definitely since coming back from injury there has been an improvement.”