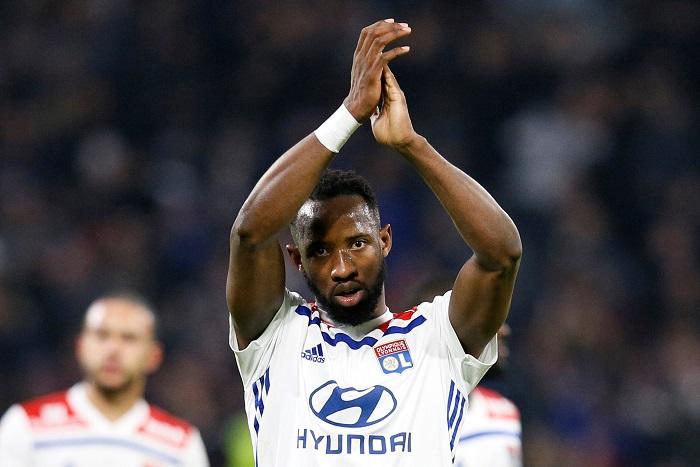 The Red Devils were linked with the former Glasgow Celtic man before Christmas although any chance of doing a deal during the January window was dismissed outright by his club.

United were eventually forced to recruit Nigerian forward Odion Ighalo on loan for the remainder of the campaign from Chinese Super League team Shanghai Shenhua.

Boss Ole Gunnar Solskjaer, however, is still looking to land a striker of proven European pedigree, with his spies over in France continuing to deliver impressive reports on 23-year-old Dembele.

The French starlet is actually classed as homegrown thanks to his early years at Fulham and that is seen as another bonus by the decision makers at Old Trafford.

Dembele has scored 16 goals in 34 appearances for Lyon this season and the Ligue 1 outfit are aware United have been regular attendees of their games since October last year.

The forward’s latest strike against Metz will only increase the view they can demand upwards of £100m for a player they signed from Celtic Park for £19.8m back in 2018.

That could yet prove an obstacle following the release on Tuesday of United’s quarterly financial results, which saw broadcasting revenue fall by £39m and match-day income down by 15 per cent.

Executive vice-chairman Ed Woodward hinted the club might not be embarking on another massive round of summer spending, while he has already backed his manager to the tune of £200m since appointing Solskjaer last year.

An exception will likely be made for Dembele, though, especially if United can secure Champions League football and the subsequent extra cash it entails.

The Manchester giants are just three points behind fourth-placed Chelsea in the Premier League and tonight host Club Brugge in the Europa League, with the round-of-32 tie delicately poised following a 1-1 draw in Belgium last Thursday.