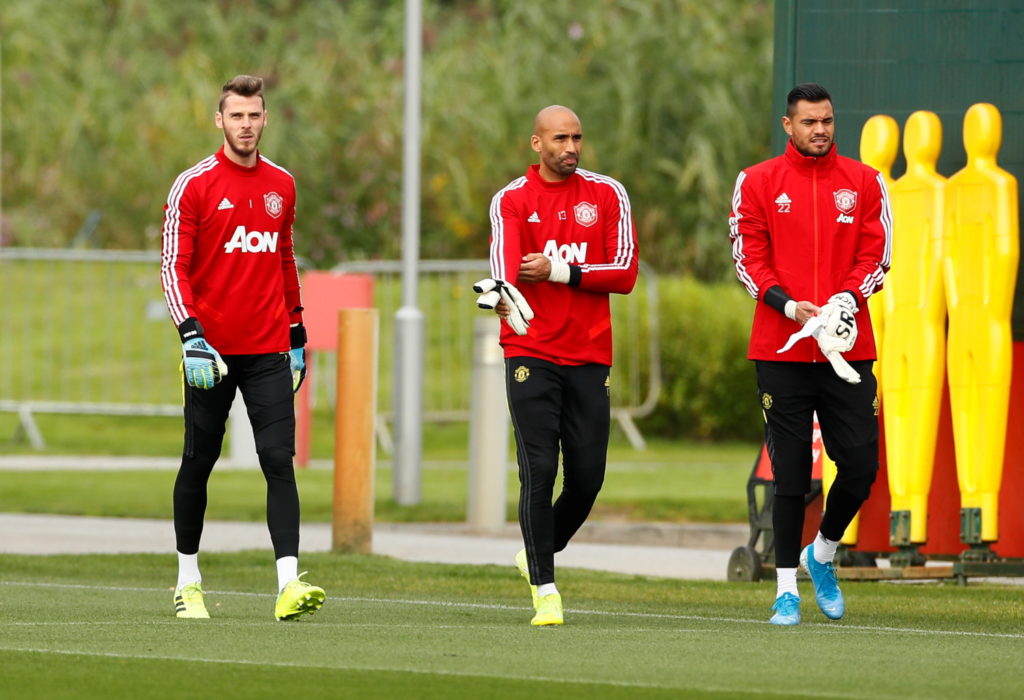 Manchester United have tied goalkeeper Lee Grant down to a new contract, potentially ending Sergio Romero’s hopes of staying on at Old Trafford.

United keeper Grant put pen-to-paper on a new deal, which runs until the end of the 2020-21 season, on Thursday.

“I’m just looking forward to being part of next year and part of watching the football club grow and move forward.”

Lee Grant is excited about the future with United! ✍️#MUFC

The 37-year-old initially joined the Old Trafford outfit in the summer of 2018, signing a two-year deal, for a reported £1.5million.

He has only made one appearance for the Red Devils, coming off the bench after Romero was sent off in the League Cup defeat to Derby in 2018.

Ole Gunnar Solskjaer regards Grant as his number three with first-choice David de Gea and Romero ahead of him in the pecking order.

Solskjaer looks set to have a big decision on his hands when the summer rolls around as Dean Henderson, who is currently on loan at Sheffield United, could come back into the mix at Old Trafford.

Henderson has put himself in the frame for an England call with his exploits at the Blades over the past two seasons.

The 22-year-old kept a league-high 21 clean sheets to help Sheffield United win promotion from the Championship last term and boast the fourth-best record in the Premier League this season.

Blades boss Chris Wilder has spoken of his desire to extend Henderson’s stay at Bramall Lane by a further season – hoping to secure another loan deal – but Solskjaer has suggested that Henderson may remain at Old Trafford to provide additional competition in the goalkeeping ranks.

However, it’s unlikely that United are going to retain four senior goalkeepers so the Norwegian will be looking to move someone on.

Grant’s new deal is a pretty solid indication that he will be on their books by the time the 2020-21 summer transfer window shuts.

Therefore, it becomes a straight shootout between De Gea and Romero for the third and final spot, assuming Henderson does return to his parent club.

De Gea’s future with United has been widely speculated over the past few seasons with Real Madrid linked on several occasions.

A switch to the Bernabeu no longer looks to be on the cards, with Real settling on Thibaut Courtois, and it’s not clear if he is wanted elsewhere.

Indeed, De Gea’s stock has dropped slightly this season after making a handful of costly errors – most recently in the draw against Everton on Sunday.

The 29-year-old is the first United player to win the Sir Matt Busby Player of the Year award on four occasions but his position as number one is under serious pressure.

Realistically, Grant isn’t going to challenge for the starting role but Henderson has set his sights on being the long-term number one.

With all of this considered, the future for Romero, who has been a more than adequate deputy for De Gea, looks bleak and he is unlikely to have been celebrating Grant’s new deal.