Ighalo already proving his worth for Manchester United 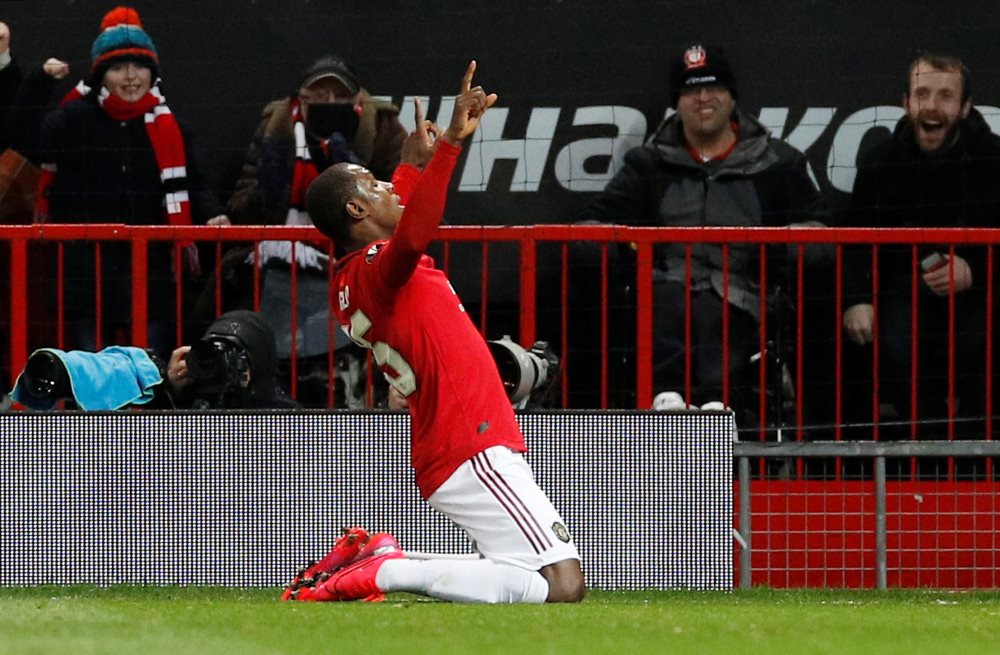 When Manchester United signed Odion Ighalo in the January transfer window, there was more than a hint of desperation about the deal.

Manager Ole Gunnar Solskjaer had been eager to bring in a new forward after failing to replace Alexis Sanchez last summer and losing Marcus Rashford to injury.

Bournemouth’s Josh King was a target although the Cherries were in no mood to sell in the winter window due to their relegation battle.

It has since been claimed Paris Saint-Germain’s aging superstar Edinson Cavani was also on the radar and Ighalo, signed on loan from China’s Shanghai Shenhua, seemed to be very much second or third choice.

Fast forward a few weeks and the Nigerian frontman is starting to look like the type of player United had been crying out for.

Ighalo is a bit of a throwback as a striker as he isn’t comfortable dropping deep or moving out wide, as many of the top modern forwards are, but he has a keen poacher’s instinct – something United have been sorely missing for some time now.

His display against Derby County in the FA Cup fifth round on Thursday night will have gone some way to silencing the former Watford man’s doubters. Admittedly, Ighalo was up against a defence from the second tier although he was still the man there to put away the chances.

His first was a little untidy. After being played in by Luke Shaw, it seemed he had lost control of the ball before he managed to poke a foot out and divert it into the goal.

His second came after an initial effort had been blocked and he latched on to the rebound and rifled the ball home. These are not the type of efforts that are going to figure on any goals of the season lists, but ultimately putting the ball away is all that matters and Ighalo is the kind of player who can bury those chances.

Ighalo’s double against Derby takes his tally to three in six games for the Manchester giants. When you consider only two of those appearances have been starts, it is a pretty impressive record.

Bruno Fernandes is clearly the marquee capture for United in January and seems to have all the attributes and quality to go on and become a key man for the club in the years ahead.

At 30, it is hard to see Ighalo making any real lasting impression at the club – even if they do opt to keep him beyond the end of the current season.

But in terms of what was seen as a panic buy at the time, he is already proving to be an excellent piece of business.