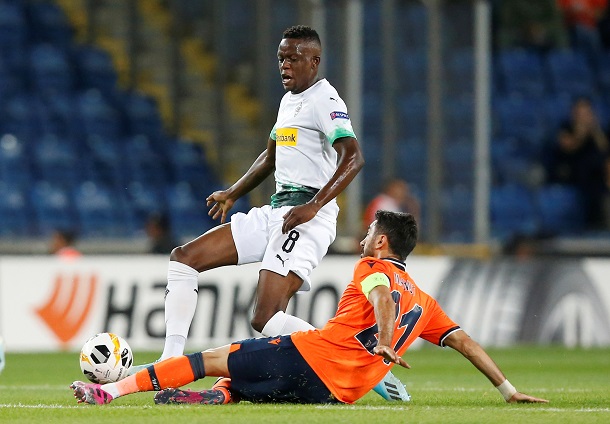 Manchester United have set their sights on Borussia Monchengladbach midfielder Denis Zakaria but they will face a battle for his signature.

Zakaria has been one of Gladbach’s star performers this season as they sit in fourth spot, six points adrift of leaders Bayern Munich.

The Switzerland international is under contract at Borussia Park until the summer of 2022 and Gladbach are keen to keep hold but may be willing to listen to offers if Zakaria doesn’t agree fresh terms before the summer transfer window.

It has been suggested a £45million fee will be enough to land the 23-year-old but the Old Trafford club will face competition for his signature.

Bayern Munich and Borussia Dortmund are both understood to be keen on Zakaria and hope to convince him to continue his career in the Bundesliga.

Premier League rivals Liverpool have been linked and there is also interest from both Spain’s La Liga and the Italian Serie A, with Atletico Madrid and AC Milan among the midfielder’s suitors.

A defensive midfielder is one of United boss Ole Gunnar Solskjaer’s main targets ahead of the summer window as he seeks a partner for January arrival Bruno Fernandes.

Nemanja Matic is due to fall out of contract at the end of the season but is expected to sign a new deal, while Scott McTominay and Fred are further options for Solskjaer in the holding role.

The United boss is keen to strengthen his midfield options further though, and Zakaria appears to be his top target after some strong displays for Gladbach this season.

It has also been suggested United could target Leicester’s Wilfred Ndidi or Wolves star Ruben Neves but Zakaria may be more obtainable, as Ndidi and Neves are both tied down to long-term deals while the Gladbach man will only have two years left on his contract in the summer.