Sancho has eyes on Chelsea not Mancheter United – report 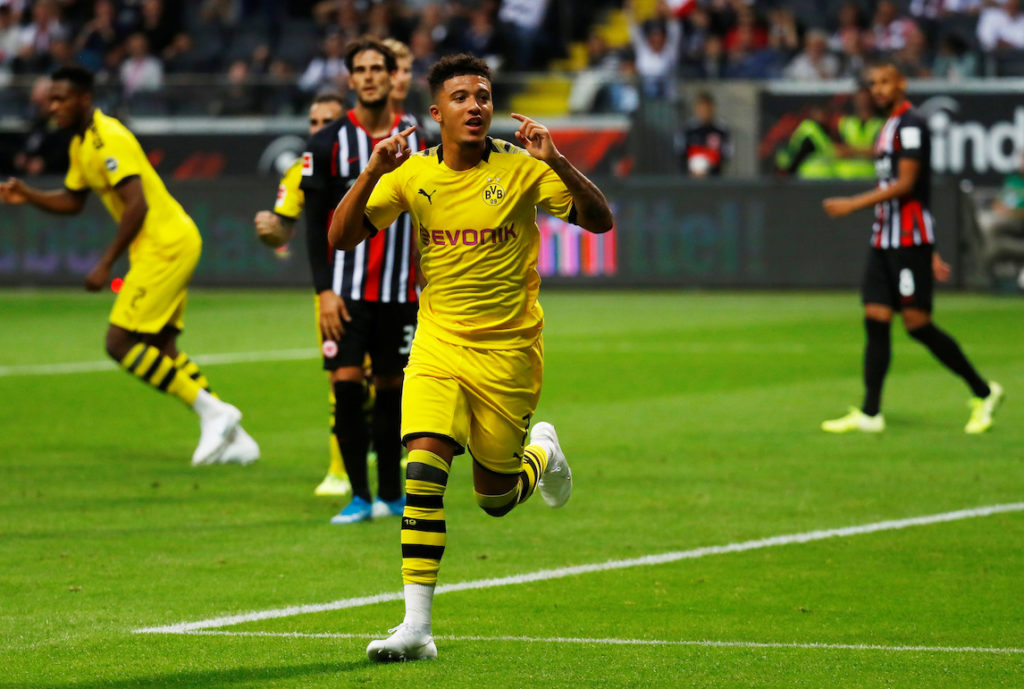 Manchester United have been dealt a blow by reports winger Jadon Sancho would prefer a move to Chelsea if he decides to return to England.

The brilliant former Manchester City academy graduate remains in contact with some of his ex-team-mates at the Etihad Stadium after quitting the club to join Borussia Dortmund back in 2016.

Sancho has since gone on to establish himself as one of the most coveted teenagers in world football, thanks to his sparkling displays at the Westfalenstadion.

The 19-year-old is now an established England regular and bosses at Old Trafford have made it clear they want to bring him back to Manchester and are prepared to meet Dortmund’s £120m asking price.

Sources close to Sancho, however, have stressed the Londoner would favour a move back to his home city and is aware of concrete interest from Stamford Bridge.

In addition, the rapid playmaker is understood to feel a move to United could cause ‘unneeded tension’ in the blue half of the Manchester divide, still bitter at how the prodigy walked away for a paltry £8m, having run down the final year of his contract.

Jadon Sancho has scored *and* assisted in nine different league games this season.

At least four more matches than any other player in Europe's top five divisions. 🤯 pic.twitter.com/7eYiLhhCCJ

City do have a buyback option and 20 per cent sell-on clause, but United have long felt they were in the box seat for Sancho.

The starlet already earns a reported £180,000-per-week at Dortmund and the Red Devils would have to hand him a hefty premium on top of that.

Chelsea are not exactly shy when it comes to paying out big wages either, and the west London outfit can certainly be encouraged by the whispers coming from his camp that he is a fan.

United boss Ole Gunnar Solskjaer has identified Sancho as a priority target although the youngster is also described as a person who ‘knows what he wants’.

Dortmund CEO Hans-Joachim Watzke admitted earlier this month: “Jadon is a great, great talent, maybe the greatest talent in Europe currently of players under the age of 21.

“I’m my opinion, he has the potential to become one of the two or three best players in the world in the years to come.

“If one day he comes to us and says he wants to leave the club, then we’ll discuss it.”

Sancho has scored 19 times and recorded 17 assists this season.