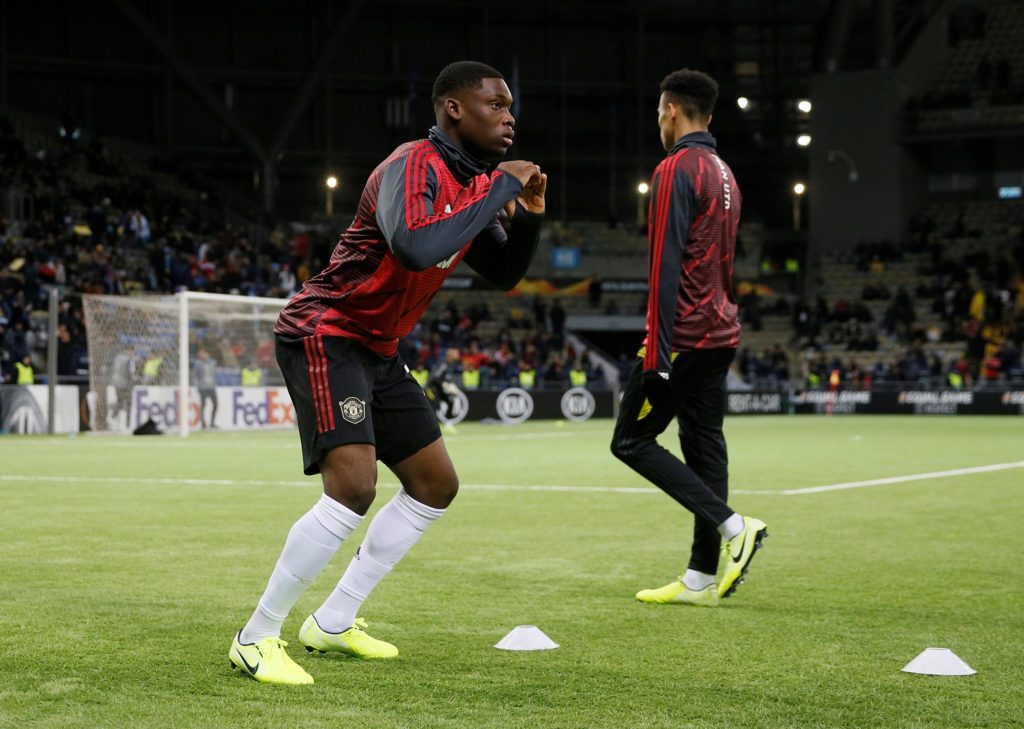 Tuanzebe has yet to establish himself as a first-team regular with United but the defender has his sights set on a starting XI berth.

The 22-year-old graduated from the Red Devils’ academy before making his senior debut as a substitute against Wigan in January 2017.

His maiden outing in the Premier League came later that season, although he still appears to be well down the pecking order.

Injuries have slowed the trajectory of Tuanzebe’s career and he has twice been loaned out to Aston Villa to aid his development.

After helping Villa to earn promotion from the Championship last term, Soslkjaer opted to keep him at Old Trafford for 2019-20.

He has been restricted to just five league appearances but could be considered when football returns from the current break after recovering from a thigh issue.

Summer signing Harry Maguire and Victor Lindelof have been Solskjaer’s preferred options, while Luke Shaw has been utilised as a left-sided central defender when playing in a back-three.

Eric Bailly will also be hoping for minutes after recently returning from a long-term knee injury.

Despite facing a difficult battle in trying to force his way into the mix, Tuanzebe appears to be in good spirits and he puts that down to the influence of his boss.

📝 Axel Tuanzebe may only be 22 years old but he is already viewed as a leader at Manchester United.

Tuanzebe insists the Norwegian, who made over 200 appearances for the club, has helped to ease his concerns and is playing a key role in his development.

“He has an understanding of the players himself,” Tuanzebe was quoted saying in the Manchester Evening News.

“It is a lot easier. He knows how people feel when in certain times and he knows how to help the individual adapt to the circumstances.

“For me he has been fundamental. We have had a sit down, we have talked about my future and what destinations I want to be reaching, and he has been really good to me.”