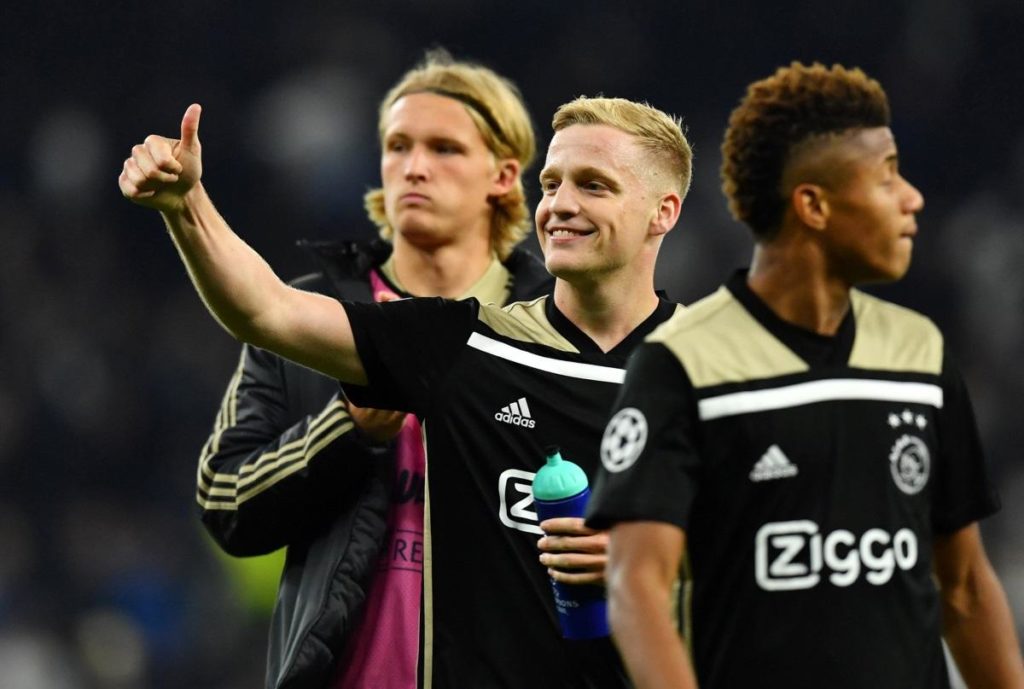 Manchester United have set out their stall in the race to sign promising Ajax prospect Donny van de Beek.

The Red Devils’ interest in the 22-year-old is well known, with rumours circling throughout March on the subject of an offer being made. Reports had suggested a proposed move to Real Madrid was close to being finalised, but the Dutchman is now said to be mulling his options over amid interest from outside La Liga.

Under contract until summer 2022, the youngster’s valuation is thought to be in the region of £50m, but United boss Ole Gunnar Solskjaer – keen to acquire the Netherlands international’s services back in January – seemingly views Van de Beek as a prime target.

With the opening date of the next transfer window as yet unclear due to the ongoing coronavirus uncertainty, the questions surrounding the attacking midfielder’s future are unlikely to be answered in the short term.

Any move may also hinge on the outcome of the Paul Pobga affair; United’s French midfielder is being courted by Madrid boss Zinedine Zidane and if Solskjaer is content with ceding the playmaker to Los Blancos, the Dutchman’s path to Old Trafford may suddenly become clearer.

Van de Beek – whose 23 league appearances this campaign have borne eight league goals and six assists – is a graduate of the Ajax youth system. He made his first-team debut in November 2015 as the Amsterdam club overcame Celtic 2-1 in the Europa League, his first senior goal coming later that month against Norwegian outfit Molde.

In May 2017, he featured in the last meeting between the Dutch side and the Red Devils, the two going head-to-head in the 2017 Europa League final which finished 2-0 in United’s favour.

A goal against Juventus in last season’s Champions League quarter-finals and another away at Tottenham in the semi-final first-leg were not enough to take the Eredivisie champions to their first final in the competition since 1996 but they certainly put him on the map and it seems unlikely Ajax will hang to another of their prized assets beyond the next transfer window.