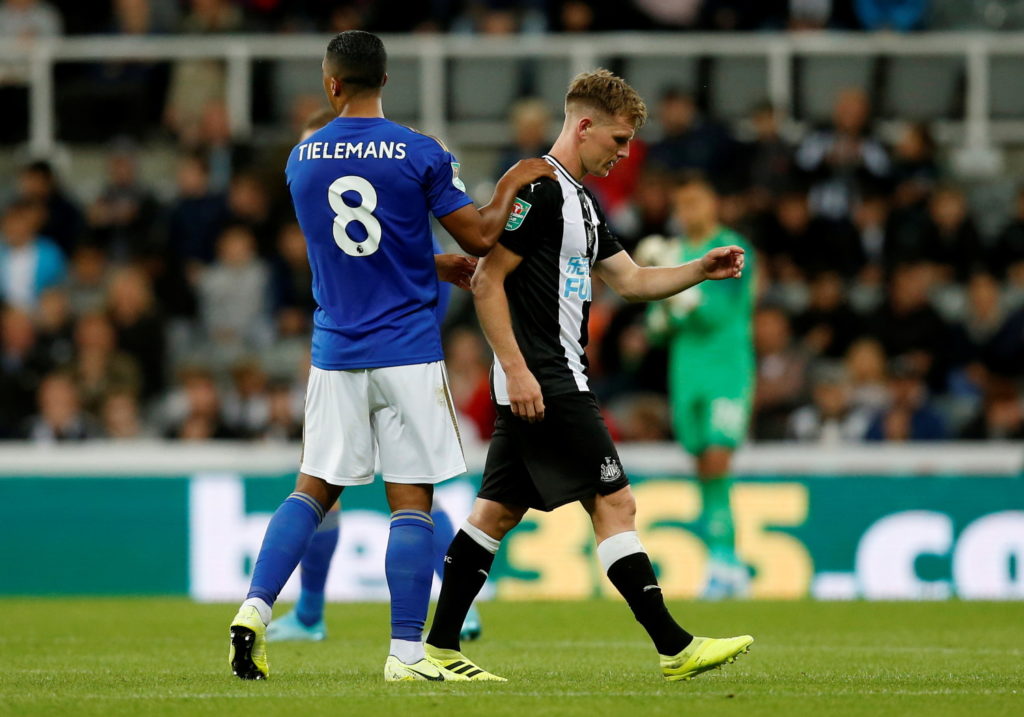 Newcastle have received a double injury boost ahead of Sunday's Premier League clash with Wolves as Matt Ritchie and Florian Lejeune have returned to training.

Scotland international winger Ritchie has been sidelined with an ankle injury since the end of August after he was on the receiving end of a strong challenge from Leicester midfielder Hamza Choudhury during Newcastle’s defeat to the Foxes in the second round of the Carabao Cup.

The former Bournemouth star had to undergo surgery to correct the problem but after continuing his rehabilitation at a camp in the Middle East, he has now returned to training with the rest of the Newcastle squad this week and could come back into contention for Sunday’s visit of Wolves.

Central defender Lejeune is another long-term absentee who has returned to training this week after he stepped up his recovery from the serious knee injury that saw him carried off during the Magpies’ home defeat to Crystal Palace back in April.

That was the second long-term injury Lejeune has suffered since joining Newcastle from La Liga outfit Eibar back in 2017.

However, it appears he is now working his way back to full fitness and could also come back into first-team contention over the coming weeks.

Matt Ritchie and @lejeune_florian were involved as Steve Bruce's squad prepared for Sunday's visit of @Wolves.

The duo’s impending return will certainly be a boost for Newcastle, who slipped back into the Premier League relegation zone following their 1-0 defeat at Chelsea last time out.

Ritchie’s versatility will be a benefit to boss Steve Bruce, with the 30-year-old winger having also shown his ability to play as a left wing-back over recent seasons.

Lejeune has also been a regular during his time at St James’ Park and is likely to challenge the likes of Fabian Schar, Ciaran Clark and Jamaal Lascelles for a regular starting berth once he returns to full fitness.