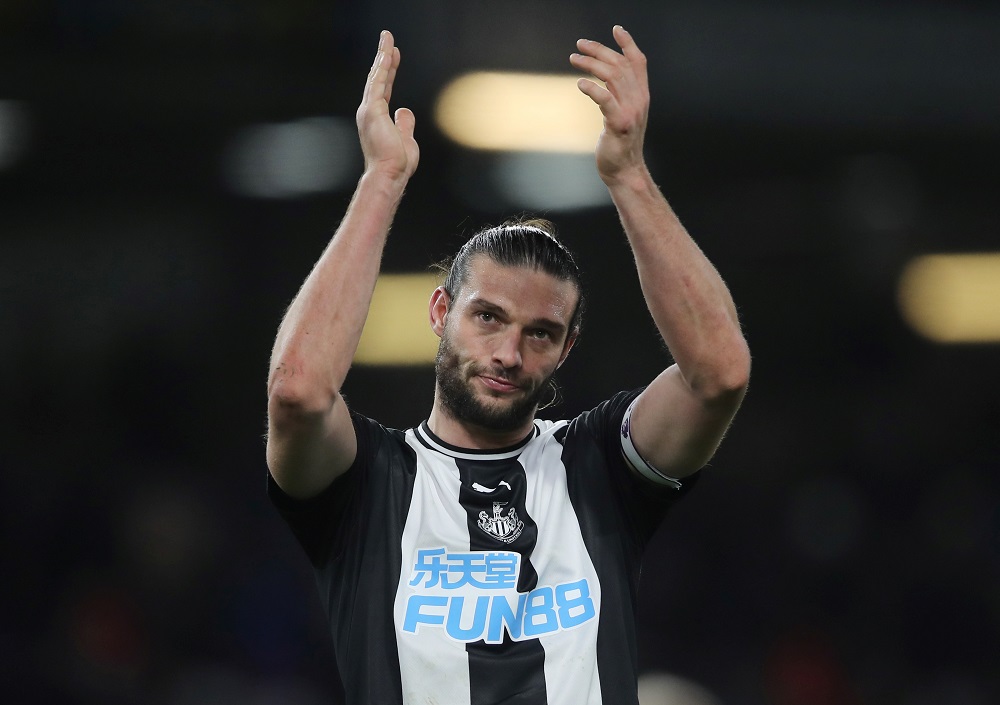 Andy Carroll says he hopes to see his contract at Newcastle extended beyond this season but admits talks over a new deal have yet to take place.

The 30-year-old striker is attempting to rebuild his career with his home-town club after finally returning from ankle surgery to remind onlookers of the attributes which almost nine years ago prompted Liverpool to invest £35million in his services.

Having joined Newcastle while struggling for fitness and carrying one or two niggles, Carroll has got a run of games under his belt over the last six weeks and will expect to keep his place when they face Leicester on New Year’s Day.

It has been reported that there is a clause in the Gateshead-born striker’s contract that will trigger an extension after a certain amount of appearances as he aims for a 13th outing of his second spell against the Foxes, who are managed by Brendan Rodgers, the man who initially loaned and then sold him to West Ham during his time at the Anfield helm.

Carroll has yet to find the back of the net since his return, although his muscular approach and aerial prowess on the pitch and experience and local knowledge off it have proved invaluable to Steve Bruce to date.

24 – Andy Carroll won 24 aerial duels against Everton; the most in a single Premier League game since Opta started recording this data in 2006-07. Giant. pic.twitter.com/jK7PmGIuw2

Carroll arrived back at St James’ Park on a highly-incentivised initial 12-month pay-as-you-play deal hoping to persuade the Magpies’ hierarchy to offer him a longer stay, although ahead of Leicester’s New Year’s Day visit to Tyneside, he is refusing to look too far into the future.

He said: “I want to stay as long as possible. I’m happy. I haven’t spoken to anybody about contracts and I won’t.”

Carroll played the full 90 minutes in Saturday’s 2-1 defeat by Everton, the Magpies’ first loss in the league at home since the opening day of the campaign, and he and his team-mates are looking for a swift response to that and their Boxing Day reverse at Manchester United.

“Two defeats over the festive period, we now just have to bounce back. We just have to move on and think about the next game,” he added.

Bruce has a few injury concerns heading into the clash against Leicester with Fabian Schar and Joelinton both struggling for fitness having picked up hamstring and calf problems in the loss to Everton.