Magpies in talks over Lookman deal 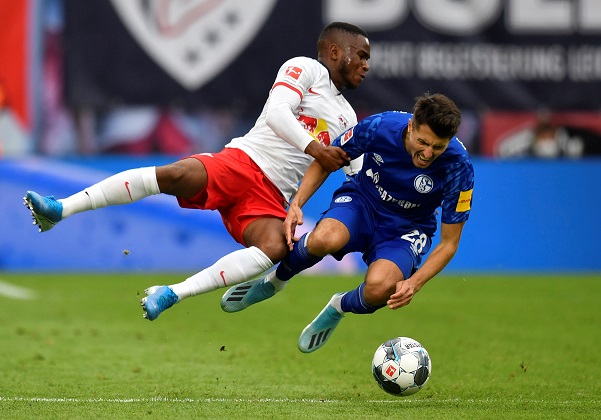 Newcastle United have reportedly opened negotiations with RB Leipzig over loaning Ademola Lookman for the second half of the 2019/20 campaign.

Former England Under-21 international Lookman joined Leipzig in a permanent deal from Everton in July 2019 but he has failed to make an impression during his first six months, making just one Bundesliga start.

The 22-year-old has amassed just 201 minutes of football across all competitions this season and reports are suggesting he wants to return to the Premier League before the January transfer window closes.

Interest in the Wandsworth-born star is said to be high although it is top-flight outfit Newcastle United, who are suffering badly with injuries, that are leading the race for his signature.

Ademola Lookman 'agrees to work with #nufc', according to reports in Germany.https://t.co/tu0yWitOO4 pic.twitter.com/Mz1G7pAwHB

English tactician Steve Bruce, who took charge at St James’ Park last summer, is desperate to bring in some reinforcements this month and reports are claiming the north-east side are in talks with Leipzig over a loan deal for Lookman for the rest of the campaign.

The deal will include an option to make the move permanent in the summer for a fee around £20million and Newcastle have shown over the past year they are willing to spend big, having spent the same amount on Almiron in January 2019 before splashing out £40m on club-record signing Joelinton six months later.

Lookman is one of a number of targets the Magpies are believed to be looking at and there are claims Rangers striker Alfredo Morelos and Chelsea forward Olivier Giroud are both on Bruce’s wish list.

The former Aston Villa boss, who has guided Newcastle to 13th in the Premier League, admitted last weekend that the club have already been rebuffed for a couple of players although he stopped short before revealing who those individuals are.